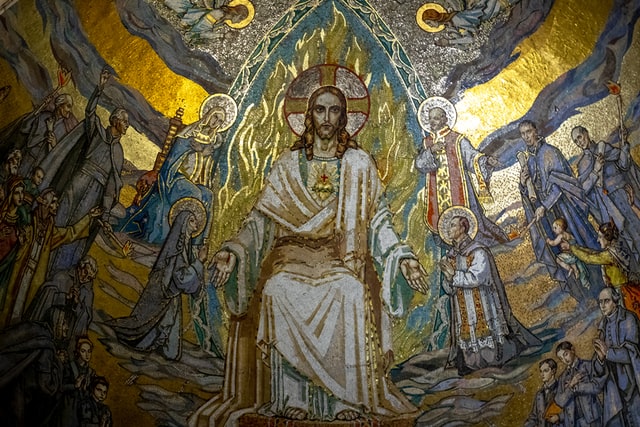 The center of the celebration of Christmas is in the city of Bethlehem, in this city Christ was born and the shrines of the miraculous birth of the Savior are preserved. Baptism is associated with the Jordan River and the immersion that Christians perform on this holy day.

The center of the celebration of Easter is in the city of Jerusalem and the Church of the Holy Sepulcher. Tens of thousands of pilgrims gather here annually to participate in the procession, services, and, of course, to receive the Holy Fire!

The Transfiguration event is celebrated on Mount Tabor and the Aphipany on the Jordan river in the north region of Israel, etc.

The liturgy and traditions of holidays in Europe and the Holy Land do not coincide, there are many differences, and it is all the more interesting to watch the celebration here in the Holy Land.

On Christian holidays in Israel, pilgrimage tours are organized across Israel; there is always a priest in the group who will help the pilgrim and a professional private tour guide will make all the necessary explanations.

It is possible to visit Christian places on holidays in Israel with individual tours. I organize such trips for both tourists and pilgrims. 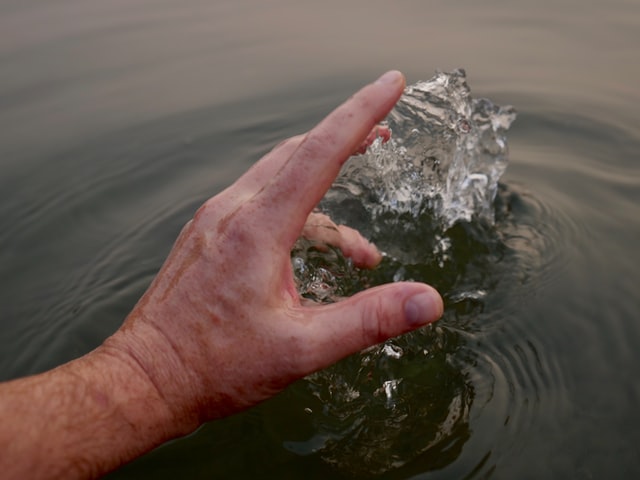 "And it happened in those days that Jesus came from Nazareth of Galilee and was baptized by John in the Jordan.
And when he came out of the water, immediately John saw the heavens opening and the Spirit like a dove descending on Him.
And a voice came from heaven: Thou art my beloved Son, in whom I am well pleased.

Baptism Tradition and baptism in the Jordan River - Traditionally, baptism is associated with frost and washing with icy water, mostly in Europe and Russia. In the Holy Land on January 19, on this day, baptism is celebrated according to the Orthodox calendar, on the Jordan River, and on the Sea of ​​Galilee it is warm and the sun is shining. Thousands of Christians from all over the world are going to bathe in the waters of the Jordan River.

Baptism - cleansing with water - is an ancient Christian custom that allows you to remove sins and protect yourself from committing new sins. Baptism is one of the sacraments of Christianity. The tradition of cleansing with water is known among many ancient peoples; John the Baptist called for cleansing. This ritual passed from the Jews to Christianity. Only by completing the ritual of baptism, you can become a Christian.

Baptism in the Holy Land - The Gospel does not indicate the exact place of baptism, therefore there are two versions, and both have a long tradition.
The first place is called Yerdenit - the source of the Jordan River from the Sea of ​​Galilee, next to the Kibbutz Kinneret. The second place is located in the Judean desert opposite Jericho on the Israeli-Jordanian border and is called in Arabic "Qasr el Yahud", which translates as a Jewish castle and is associated with the crossing of the Jordan River in this place by Jewish tribes in biblical times. Both sites are accessible and equipped for Christian pilgrims and tourists.

Epiphany Day - In recent years, Orthodox pilgrims have been visiting Qasr el Yahud more. A solemn service is held here on the day of the Baptism of the Lord, led by the Orthodox Patriarch of Jerusalem. Hundreds of white doves are released into the sky, symbolizing the Holy Spirit.

The procession approaches the Jordan River. The waters of Jordan are blessed with a large wooden cross. After that, everyone in baptismal gowns takes ablutions.

The white baptismal shirt is one of the main Christian souvenirs of the Holy Land.

Come and visit the Jordan River Baptism site on this amazing Christian holiday in Israel, take a bath in the Jordan, see the beauty and grandeur of the desert, which is especially good at any time of the year! 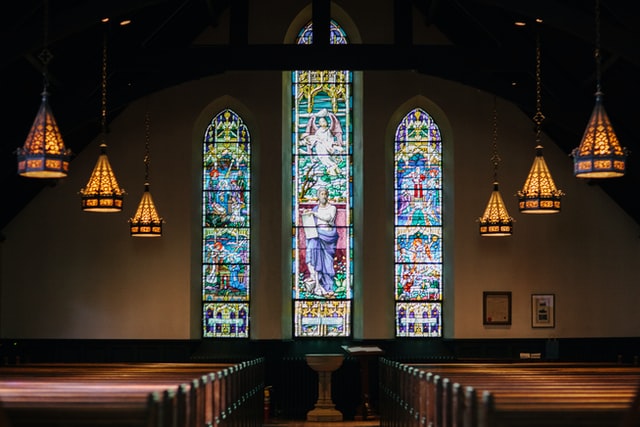 "... Jesus took Peter, James, and John, and raised them to a high mountain apart from them, and was transfigured before them:
His clothes became shining, very white, like snow ...And Elijah appeared to them with Moses; and talked to Jesus. At this Peter said to Jesus: Rabbi! it's good for us to be here; Let's make three tabernacles: one for you, one for Moses, and one for Elijah.
For he did not know what to say; because they were afraid. And there appeared a cloud overshadowing them, and a voice came out of the cloud, saying: This is my beloved Son; listen to him".

Transfiguration holiday in Israel - In the Holy Land, the holiday is celebrated by Orthodox, Catholics, and other Eastern Christians. It has established its own customs and traditions of the holiday, which are different from Russia and other countries of Eastern Europe. Traditionally, Mount Favor (the Christian name is Tabor) is considered the place of the Transfiguration of Christ. Mount Tabor is also associated with the Old Testament.

The first church on Mount Tabor was built by the decree of Emperor Constantine and Saint Helena at the beginning of the 4th century. Like other early Christian buildings in the Holy Land, it was destroyed by the Persians. Then, on the top of Mount Tabor, the crusaders build a huge cathedral - and it was destroyed! The modern church was built by Antonio Berlucci in 1925. A Greek Orthodox monastery and church later appeared on the top of Mount Tabor. From the top of the mountain, there are magnificent views of the Jezreel Valley, Nazareth, the Galilee Mountains, the Jordan Valley, and the Trans-Jordan Mountains.

Mount Hermon - a place of the Transfiguration? Another version of Mount Transfiguration is Hermon, the highest mountain range in the north region of Israel, where the borders of the three states of Israel, Lebanon, and Syria meet today. Hermon is much higher than Tavor, in winter there is snow for 2-3 months a year. There are no large Christian buildings on the top of Hermon today. In Byzantine times and during the era of the Crusades, small churches and monasteries existed on the slopes of Hermon facing Jerusalem and Galilee. 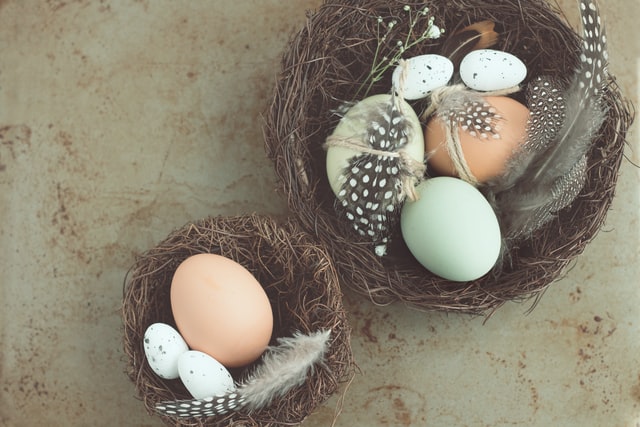 "After Saturday, at dawn on the first day of the week, Mary Magdalene and the other Mary came to see the tomb of Jesus in Jerusalem.
And behold, there was a great earthquake: for the Angel of the Lord, who came down from heaven, came rolling the stone from the door of the tomb and sat on it;
His appearance was like lightning, and his clothes were white as snow.
Fearing him, the guards were in awe and became like the dead.
The angel, speaking to the women, said: Do not be afraid, for I know that you are looking for Jesus crucified;
He is not here: He has risen..."

Easter - Resurrection of Christ is the main holiday in Israel for Christians. Easter is preceded by a long fast, the holiday begins with Palm's Sunday
, Monday, Thursday (the day of Christ's farewell to the disciples and the conclusion of the New Testament), Great Friday (the day of the crucifixion of Christ), and Great Saturday (the condescension of the Holy Fire) are especially celebrated. The main event of Easter in most Christian churches is the All-Night Vigil, a solemn night liturgy, which ends with joyful exclamations “Christ is risen! “

- “Truly resurrected! “. Mass festivities are organized on Easter. They paint eggs, visit each other, rejoice at the onset of spring!

What about the Holy Land? The Center for the celebration of Easter - Jerusalem, Church of the Holy Sepulcher. Easter is celebrated separately by Catholics, Armenians, and Orthodox. Easter is a rolling holiday, it is always celebrated on Sunday and is determined, according to the so-called Easter. Orthodox Easter can coincide with Catholic, and, sometimes, with the celebration of Jewish Passover !!! During such years in Jerusalem, there are especially many people from all over the world!

The culmination of Easter in Jerusalem is the reception of the Holy Fire, which symbolizes the greatness and uniqueness of the Resurrection of Christ from the dead and brings special joy to all Christians, it is not for nothing that this fire is called the Holy Fire !!! In the courtyard of the Temple, and even more so inside, there are only those invited! Thousands of believers await the Holy Fire outside the old city at the Jaffa Gate. The Orthodox delegations participating in the reception of the Fire are in a hurry to take it to the All-night Vigil in their countries and cities.

Is it worth coming to Israel for Orthodox Easter? Is it possible to get to the Church of the Sepulcher to receive the Holy Fire? These are not easy questions, but if you are not afraid of difficulties and are ready to take part in the event even outside the old city - then, you are welcome, come! There will be enough impressions for a lifetime! 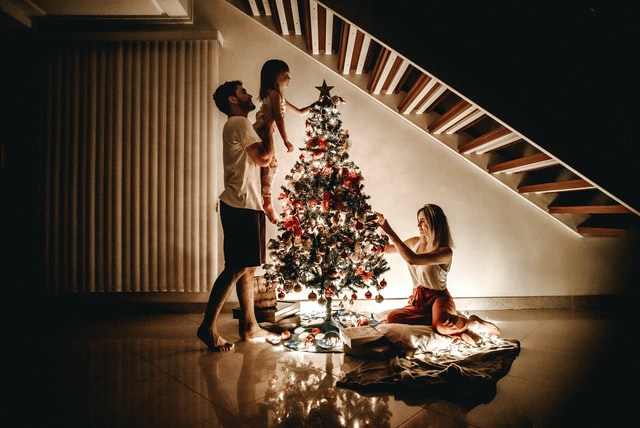 Joseph also went from Galilee, from the city of Nazareth to Judea, to the city of David, called Bethlehem, because he was from the house and family of David,
Sign up with Maria, his betrothed wife, who was pregnant. When they were there, it was time to give birth to Her.

And she gave birth to her firstborn son, and wrapped him in swaddling clothes, and laid him in a manger because there was no room for them in the inn.

The Christmas holiday in Israel is the favorite holiday of Christians! In Europe and North America, it is winter, there is snow, in memory of the gifts of the Magi, people spend ruinously on expensive gifts. Christmas Eve is the richest and most satisfying dinner of the year! Children are especially fond of Christmas, the Christmas holidays alone are worth something! And then another New Year !!!

The Temple cannot accommodate all comers - screens are installed on the Nativity Square, the liturgy is being broadcast live. Most of the Church of the Nativity and the Nativity grotto belongs to the Greek Orthodox Church, so the Catholics and Armenians celebrate the liturgy in their churches, but part of the service, in agreement with the Greeks, is held in the grotto!

The Christmas holiday in Bethlehem is a bright and memorable event. Everything is unusual !!! And palms instead of firs, and camels instead of reindeer, and local Santa Claus with mustaches, instead of a thick white beard! Five-pointed red Christmas stars are burning, there is a parade of local scouts accompanied by loud drumming, Scottish bagpipes are playing - and everything is not so, it does not sound like what you are used to! East!

And the masquerade is amazing! Santas, disguised magi, full of shepherds with donkeys, many-after all, Muslims come to see Christmas - in traditional oriental clothes, and men wear Turkish fez on their heads!

Illuminations. Huge light paintings - Theotokos and baby Jesus, Adoration of the Magi, and other gospel Christmas stories. Celebratory fireworks light up the sky.
This is how it is, Christmas night, in Bethlehem! Come to see!

The holiday session in Israel is something worth seeing, the traditions, the people and the overwhelming atmosphere will leave you breathless, come and visit Israel on the Christian holiday this year, it will be super special.