WHO ARE THE ETHNIC MINORITIES IN ISRAEL

More than 8 million citizens live in modern Israel, of which just over 6 million are Jews. That is, about a quarter of the population of Israel is non-Jews - Muslim Arabs, Christian Arabs, Druze, Bedouins, Circassians, and other peoples and ethnic communities. In Israel, all non-Jews are included in the concept of ethnic minorities, although, for example, tens of millions of Muslim and Christian Arabs live in the world. Only the population of the largest country in the Arab world - Egypt - is more than 80 million! But in Israel, which is dominated by Jews, Arabs are in the minority.

The vast majority of non-Jews in Israel are loyal citizens while maintaining their identity, language, and religion.
There are dozens of Bedouin, Druze, and Circassian heritage centers throughout Israel. Muslim mosques and Christian churches operate in the Arab cities and villages of Israel.

Foreign tourists and Israelis willingly visit museums and centers of ethnic minorities, participate in numerous festivals and celebrations. Ethnic restaurants are especially popular, especially on Saturdays when Jewish restaurants are closed due to kashrut. 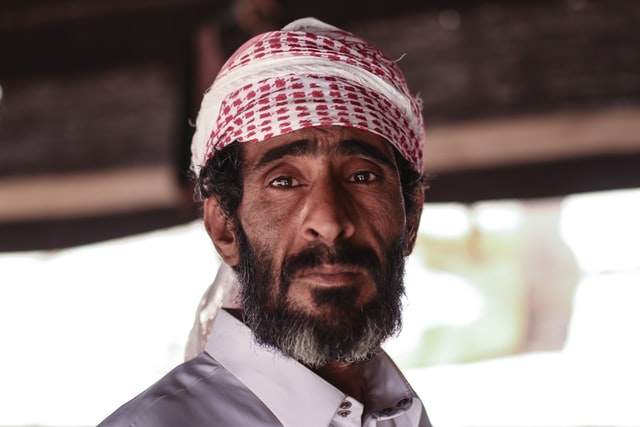 Bedouin tribes live in Israel in the north of the country - in Galilee, in the south - in the Negev between Beer Sheva and Arad. Most of the northern Bedouins have settled on the land and live in villages more like fellahs, while the southern ones live in villages, grazing herds, and preserve nomadic traditions. Bedouins are part of the Arab world, profess Islam, loyal citizens of Israel.

Many Bedouin villages send young men to serve in the Israeli army, later receiving privileges and benefits.
Unlike Muslim Arabs, many of them still wear traditional dress and live a traditional lifestyle.

Bedouin heritage museums - Tourists, especially young ones, enjoy visiting numerous museums of the Bedouin heritage - tents made of sheep wool, listening to the stories of sheiks about the past, riding on tamed camels, and donkeys. Traditional Bedouin food - rice, vegetables, seasoned flatbreads, olives, goat cheese, strong coffee - are popular with many Europeans.

If you are interested in the exoticism of the desert and adventures, you are not afraid of the fresh smells of nature, go ahead - you will not regret it and the photos will be wonderful, for life!

Muslim Arabs are the largest non-Jewish community in Israel, with over 1.5 million of the country's 8 million citizens.
The absolute majority of Muslims in Israel are Suites. Most of the Muslims today live in the cities of Israel, some live in the villages and still consider themselves fellahs - peasants.

The standard of living of Muslim Arabs in Israel is high. Affected by Israeli education, health care, and social security. Most Muslim children attend public schools where teaching is in Arabic. From grade 3, Hebrew, the state language of Israel, must be studied.

In cities and villages where Muslims live - Jerusalem, Jaffa, Nazareth, Lod, Ramla, Haifa, Akko, and others, there are mosques where Muslims pray.
The most densely populated Arab areas of Israel are in the Galilee, Wadi Ara, in the area of ​​the so-called Triangle.

Muslim shrines and landmarks - For tourists, it is most interesting to visit the mosques of the Temple Mount - El-Aqsa and the Dome of the Rock, the White Mosque of Akko and the old city; the Muslim places of Ramla and Loda are of undoubted interest.

The home ethnographic museums in Nazareth are very interesting. Here you will not only be introduced to the life of Muslims, but disguised as sheiks, given strong coffee, and told the tales of Queen Scheherazade. 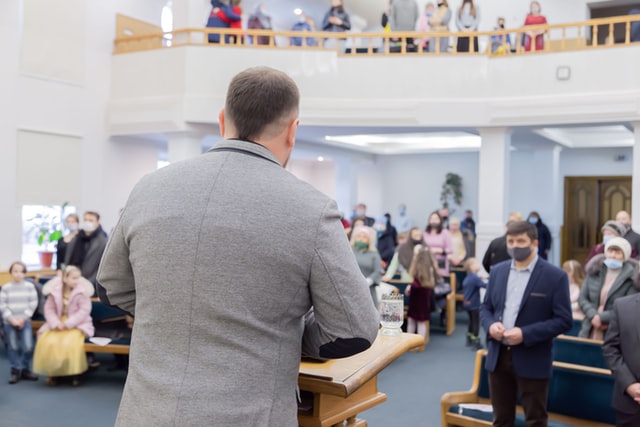 Arab Christians live in Israel in Jerusalem, Nazareth, Haifa, and other historic cities.

Moreover, several confessions are represented in Jerusalem: Greek Orthodox, Catholics, Assyrians, representatives of the Uniates, and many others. And in Nazareth, Catholics predominate, although there are some Arabs-Christians who consider themselves to be Greek Catholic. This speaks of the centuries-old history of the local Christians, who fell under the influence of Catholics, Russian Orthodoxy, and Protestant churches.

Children of Arab Christians study in Israel in Christian schools, then get an education at universities in Israel or abroad.
Arab Christians in Israel are respected and educated people, most have family businesses passed down from generation to generation.
Many Arab Christians are associated with the tourism business - they work as guides and travel agents, sellers in souvenir shops, and are employed in the hotel industry.

In the north of Israel, in the two villages of Kfar Kama and Rehania, there are Circassians, there are about 4 thousand of them. They themselves call themselves Adyghe, while the Israelis incorrectly consider them Chechens.

They entered Turkish Palestine back in the 1860s during the conflict and delimitation in the Caucasus between Russians and Turks.
The Circassians in Israel retain their identity, religion of moderate Islam, and language.
Circassians are perfectly integrated into Israeli society and serve in the Israeli army. Many become officers after service or join the police, so the state uses the knowledge of the Circassians in Hebrew and Arabic.

Circassian tourist centers - The Circassian villages are very ethnographic and are practically open-air museums. Worth a visit, the Circassians are very hospitable and prepare excellent Caucasian food with a Middle Eastern flavor.

If you are lucky and you find yourself at a Circassian wedding as a tourist, you will see a real show that the whole village plays for gullible tourists. Such weddings are often held at the local stadium, where tourists are assigned seats in the stands, and residents arrange bride kidnapping, horse races, ethnographic dances, and act as extras!

And all this is in Israel, not in the Caucasus and not in the 19th century, but the 21st!
Come! It is worth seeing, especially since the Circassian villages surround the stunning beauty of the Galilee Mountains! 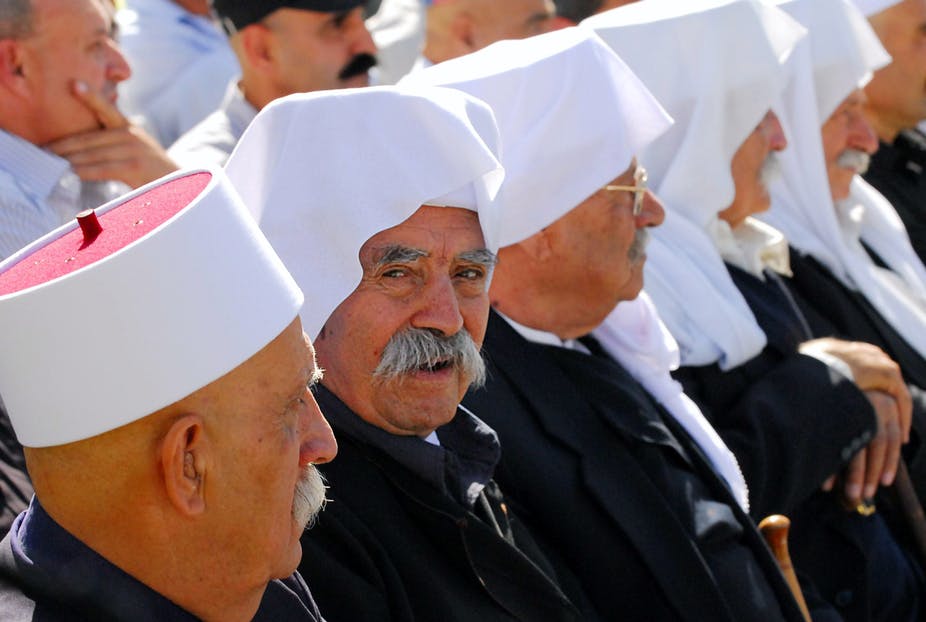 The Druze are a mysterious people! No doubt they are part of the Arab world. Their mentality, appearance, language betray their community with other peoples of the Middle East. Druze live in Syria, Lebanon, Israel, Jordan, there are Druze colonies - emigrants in Europe and North America. There are about 120 thousand of them in Israel and up to 1.5 million in the world. The Druze never had their own state.

The ancestor of the Druze people is considered Ed Darazi, who lived in the time of troubles in Fatimid Cairo at the beginning of the 11th century during the time of the heretic caliph El-Hakim. Under the leadership of Ed Darazi, the Ismaili Muslim sect moved from Egypt to Lebanon. This was the beginning of the Druze settlement of the slopes of the mountains of Lebanon, Hermon, Galilee.

Druze religion - The Druze religion can be considered a lingual Islam. They speak Arabic and live in isolation from Muslim Arabs and Christian Arabs. The Druze have initiated in the secrets of religion and simple Druze who understand little about the Druze religion, but respect initiates. Both men and women can be dedicated. It is not customary for the Druze to tell the Gentiles about their religion. We can still only assume that when they gather in a special house on Thursday evening, dedicated Druze read special commentaries on the Koran. The Druze have no mosques, they do not perform the Hajj, and they do not observe the fast of the month of Ramadan. The Druze do not hold collective prayers like the Muslims. Of all the holidays of Islam, they only have the holiday of the Sacrifice. So who are they?

Reincarnation - Druze believe in reincarnation - transmigration of souls! And they are very willing to talk about it, especially to gullible tourists! In the old days, the Druze were frightened, as they boldly went into battle and were not afraid of death, knowing that they would soon be resurrected! We regularly hear stories about how in a Druze village a Druze boy was born who looked like a recently deceased man, and when the boy grew older, he began to remember episodes from the life of the deceased man! And this does not surprise the Druze in any way, they do not erect monuments to the dead in cemeteries either. What for? If the soul of one transmigrates into the soul of another. And the mortal body is nothing ?!

And also, the Druze serve in the Israeli army in combat units, are integrated into the Israeli society, build wonderful palace houses in their villages, grow wonderful fruits in the Golan and the Galilee mountains. Tourists and Israelis are treated to Oriental food in the best traditions of the Middle East.

The Druze are very welcoming and hospitable, and if we visit a Druze village in Israel with you, you will be pleased with the stories and the food! And finally, you will be sure to be asked in Hebrew - “Hey Druzim? "-" Well, how are the Druze? "