I love wine, recently I discovered so many boutiques and big wineries in Israel during my wine tours and I was surprised how much Israel has to offer when it comes to agriculture and fabulous wine, enjoy my article about the Israeli wine routes and places to drink the best wine in Israel.

The history of the Jewish people and the Land of Israel is inextricably linked with wine. This drink has a sacred meaning - rarely any religious ceremony in Judaism is complete without wine, and the Almighty is blessed as the creator of the wine. Perhaps only the forbidden name of the Lord is mentioned in Scripture more often than the ancient noble drink.

Not without a reason, of the twelve scouts whom Moses sent to Canaan, only two liked the Land of Israel. They were Kalb and Yehoshua, returning with a valuable trophy - a bunch of grapes. They failed to convince Moses to enter Canaan, and 40 years of wilderness wandering began. But they went down in history: Kalb and Yehoshua, carrying a bunch of grapes, became the emblem of the Israeli Ministry of Tourism and the symbol of the Israeli tour guides.

The wine was appreciated by both pagans and Christians. In ancient and medieval times, this drink was the safest way to quench your thirst. Wine became a faithful companion of humanity - people rejoiced with it, grieved, communicated with friends. Good wine became an excuse for visiting neighbors. They say that this is how such a way of spending leisure time as wine tourism appeared.

However, in the Land of Israel, which introduced the world to the tradition of vine cultivation, winemaking declined in the Middle Ages. The Arab conquests destroyed the ancient culture, depriving us of the opportunity to taste the same wine that David and Jesus Christ drank ... At the same time, Muslims also knew how to appreciate the noble drink - Omar Khayyam admired wine, and Khoja Nasreddin wondered why he could not drink "old grape juice" ...

The revival of winemaking in Israel is inextricably linked with the history of Zionism. Baron Rothschild, the patron saint of the first settlers, played a key role in the fact that they began to cultivate the vine again. In 1882, he established the first modern winery in Zichron Ya'akov - Yakvey HaCarmel. However, only a few decades ago, Israel learned how to produce wines that became competitive abroad and won prizes at the most prestigious international wine tasting competitions.

Experts believe that the qualitative leap was caused by the fact that the Israelis, tired of their country's constant struggle for survival, wanted a "beautiful life." Quality wines are one of the hallmarks of Dolce Vita. At first, they were imported from abroad, but demand is always followed by supply - old wineries began to offer better quality wines, and small and medium-sized wineries began to appear across the country, which managed to squeeze such heavyweights as Yakvey HaCarmel and " Barkan ". 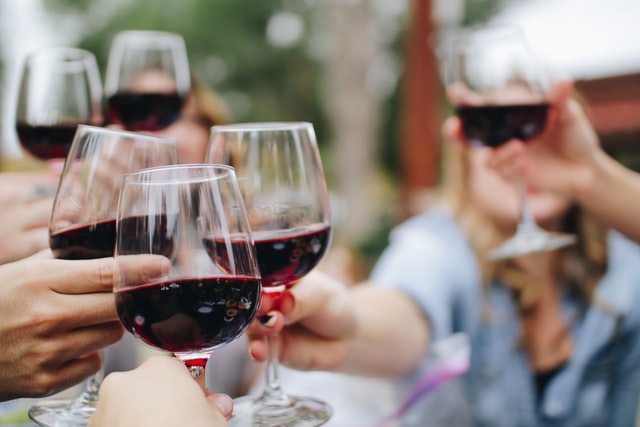 At the same time, a new tourism industry, wine tourism, began to rapidly develop in the world. Italian Tuscany, California's Napa Valley, the banks of the Moselle in Germany, and French Bordeaux have become places of pilgrimage for wine connoisseurs and travelers looking for new sensations.

However, Israelis no longer need to buy a plane ticket to visit famous wineries. Private wine tours are available in our country as well. 200 wineries - from gigantic ones like Yakvey HaCarmel and Barkan to family-run ones, which produce thousands of bottles a year, will be ready to open their doors to guests.

It should be noted that Israel has several wine-growing regions, each of which can be a fascinating travel destination.

There is one more thing to consider when planning your trip. Most Israeli wines are kosher, and while this does not affect their quality in any way, the kosher requirements mean that wineries are closed on Saturdays - after all, Scripture forbids working on Shabbat.

Vineyards can be found almost throughout Israel - from the foothills of Hermon in the north to the outskirts of Mitzpe Ramon in the south. However, tourists are primarily attracted by regions such as the Golan, Galilee, Mount Carmel, where modern Israeli winemaking was born, the Latrun neighborhood, where several monastic wineries are located, the Jerusalem Mountains, and the northern Negev.

In recent years, local councils have increasingly held wine festivals, which usually last for several days. During these holidays, you can learn more about the products of local winemakers, visit restaurants, and watch artists' performances. But the most important thing is that you can take part in the grape harvest yourself at many festivals. You will get even more impressions if you take off your shoes, climb into the vat and feel the juice flowing from the berries under your feet.

In the Judean Hills area, there are also monasteries such as Latrun and Beit Jamal, famous for their monastic wines. They not only produce their wine - but they also host concerts. And lovers of rural tourism will find houses for the night. So wine tourism can be an excuse to discover an amazing region lying in the very center of the country.

"Israel is a country perfectly adapted for this type of tourism. There are hundreds of wineries, among which dozens of the highest class, large and small." Carmel Mizrahi "and" Golan Heights Winery "are known all over the world. Israeli wines receive gold and silver medals at the most varied world wine exhibitions. The country produces many types of cheese, including goats. There are a huge number of excellent restaurants for all tastes - Mediterranean, Middle Eastern, European, Far Eastern, kosher and non-kosher. Israelis themselves are very fond of delicious food, they love to pamper guests. exquisite cooking. 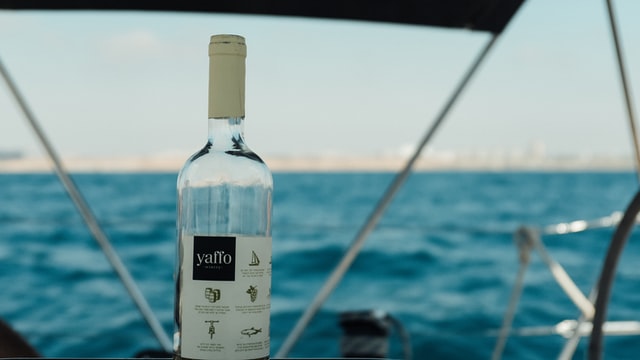 Today, Israeli winemaking is in its prime. Large wine producers such as Binyamina, Carmel, Golan Heights, and others have proven themselves in the world market. In the last decade, the so-called "boutique wineries" have appeared on the wine map of Israel, producing wines only from selected grape varieties and practically not exporting their products. Boutique wineries are especially interesting because there you can not only taste amazing-tasting wines but also learn wine etiquette, learn a lot about the cultivation of grape varieties, their differences, and the rules of wine production.

Here are some examples. For example, a boutique winery in the Golan: "Ain Nashot" in Yishuv (settlement) Kadmat Zvi. You can contact and learn about wine excursions by calling 052-2791457. In Yishuv Ortal (052-5612333) you can also get to know the boutique winery.

There is a wonderful winery " Asaf" (050-8771770 or 04-6993710) in the north of the Golan Heights. You can come here with the whole family and spend not just an exciting private wine tour, but also arrange a family celebration, party, birthday, etc. And all this in combination with wine tasting, which can be attended by up to 65 people. In addition, you can visit a winery and get acquainted with the winemaking process.

Wine Odyssey is a fascinating multi-day journey into the world of Israeli winemaking in Russian and English! You will become a member of a cognitive expedition to the mysteries and mysteries of wine, intoxicating the mind and heart of many generations of mankind. You will visit unique boutique wineries that gourmets and wine connoisseurs from all over the world dream to visit,

Wine tourism in Israel is a convenient thing for those who understand a lot about the issue and want to understand one region's shades of wine tastes. In a short period, you usually have time to visit several places and taste different varieties. This helps to understand how the wines of one region differ from another. And in between tastings, you can also see various sights.

A group of Israeli journalists was fortunate enough to get to know Golan Heights Wineries, which has been called the "wine region" for 30 years. Wineries were founded here in 1983, and the first vineyards in the Golan Heights were planted in 1976. Today, 4 kibbutz and 4 moshavs, adjacent to each other in the Golan, are winery owners, and the four leading wine brands are produced by Yakvey Ramat HaGolan - Yarden, Gamla, Har Hermon, and Golan.

Quite recently, Chilean wines were considered the best in the world, and today Israeli wines compete with the best and most prestigious wine brands - for example, Chardonnay, which journalists were invited to try at a tasting, recently earned the highest praise in a French magazine, which gives monthly ratings the best wines. In total (and this information is only for the last year) winemakers and winegrowers of the Golan Heights received 57 international gold medals and 2 world cups for the winery. It is understandable why 32 countries in the world buy Israeli wines made in the Golan Heights.

The red vineyard El Rom is located 1200 meters above sea level. The climb to the El Rom vineyard itself is breathtaking. Breathtaking landscapes with Mount Hermon, which is still covered with snow lace, which opens up to the eye - all this creates a special mood and, of course, the desire to learn how on this basalt soil, and even with volcanic ash - in the Golan Heights - such wonderful grapes can be grown, from which such wonderful wines are made?

According to winemakers (and there are only five of them, by the way, and three of them are women), a variety of methods of growing the grape harvest are used. In 1995, a group of Israeli specialists went to study in the United States, then to France, and received consultations from Germany. They did not invent anything new - they used the knowledge and applied the already known methods and systems of winemaking. However, the Jewish mind cannot abandon ingenuity: Israeli winemakers in the Golan are relentlessly fighting grape moths and other pests. Has it ever happened that while tasting grapes, you suddenly find a bug in a fleshy grape? That is why it is necessary to get rid of these pests, and one of the ways, the so-called "bilbull" - "entanglement". Vineyards are watered only with organic sprayers, taking care of the cleanliness of the environment. These substances spread a smell that attracts pests. What's the trick? And the fact is that males and females of pests move away from each other, attracted by intoxicating aromas, and their number gradually decreases, because they forget about their reproduction.

For many years, Yakvey Ramat HaGolan specialists have been conducting in-depth research into the unique terroir of the Golan Heights vineyards and their sites, trying to assess their hidden potential and influence on the cultivation of various wine grape varieties and the characteristics of the resulting wine. It is a complex, dynamic, and constantly changing process that never stops. After all, both the vine and the wine have their own lives: they go through a ripening process that changes their face, character, and personality. This process can last for many years and even decades. And this fact is the main reason for such strict adherence to the rules for using only organic crops. On the one hand, the use of the latest technologies, on the other, care for the environment and its protection, so that future generations do not have to complain about their ancestors, to preserve for them the culture of producing quality wine while creating an ideal connection between the creation of nature and the creation of man.

But most importantly, we must not forget that acquaintance with Israeli wine, although exciting, is not safe! Getting behind the wheel after tasting is not just not recommended, but rather prohibited. Therefore, when going on wine excursions in Israel, do not forget to book a hotel in advance, rent a room, stay overnight at camping, and there are a huge number of such opportunities, especially in the Golan Heights and in the Galilee, where you can taste Israeli wines and enjoy your vacation in comfortable hotels and houses.

Are you ready to taste the Israeli wines? Book your expert Israeli tour guide and combine sightseeing and amazing wine tastings on the Golan Heights!