JERICHO - THE BATTLE OVER THE OLDEST CITY IN THE WORLD 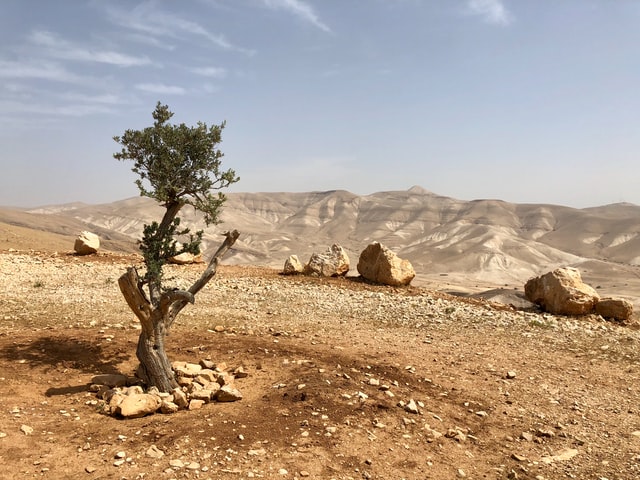 A phrase attributed to the Chinese sage Lao Tzu says that even a path of a thousand li begins with the first step. So the conquest of Canaan by the Jews began with the same first step - the capture of the Canaanite city of Jericho. To say that the Jews faced a difficult task is to say nothing. People who walked in the desert for 40 years did not have their army. But Jericho was surrounded by a high wall, had a fully prepared garrison, capable of repelling the attack of the most serious enemy. And yet the Jews managed to do the almost impossible: Jericho fell.

About how these events took place, there are no documents with the schemes of the disposition of the troops and the specific actions of the subunits. The only story is the Book of Joshua, who became the leader of the Jews after the death of Moses. The event was preceded by a conversation between Joshua and God. The Almighty allowed him to complete the task: to leave the lands of Moab, cross the Jordan and attack Canaan and begin to recapture the Promised Land from the Canaanites. In turn, the Lord promised that he would be next to Nun, just like he was next to Moses.

The new leader of the Jews, having received such a clear order, began to prepare for the upcoming battle. First, he sent two scouts to Jericho to see if the city was preparing for war. They managed to get inside the city and even stay in it for a while. To draw less attention to themselves, the scouts stopped at night with a woman named Rahab, a local harlot. However, the trick did not help. The ruler of the city was informed that strange strangers had appeared, and they indicated the place of their overnight stay.

Perhaps Rahab already guessed who her guests were, but with the appearance of a detachment of guards, any doubts disappeared - they were Jews. She could save her life only by letting Jewish spies escape from the city. And the woman did this, first taking from them a promise to keep her and the children alive during the upcoming assault, while she told the guards that she did not understand who had come to her to spend the night, and as a weak woman, she could not detain them. The pursuit of the scouts did not bring the desired results. Those, dissolving in the darkness, went to the mountains, and there, finding a secluded place, waited until the excitement around their searches subsided. After that, the scouts returned safely to their camp.

Having received the required information, Joshua began to act. He raised an army and moved it to the city. The Jordan River blocked the way for the Jews, but as soon as the army of Joshua approached it, the water in the river miraculously dried up. Thus, the army crossed the river without any problems and stopped at Gilgal, slightly east of Jericho. The Jordan has filled with water again. As you can see, the Almighty carefully followed the events.

But so far these were only preliminary actions. The Jews faced a much more difficult task - the storming of the city walls. And again the Almighty came to their aid. He appeared to Nun and gave him instructions on what to do to the soldiers during the capture of Jericho. They weren't supposed to blindly throw themselves at the city walls. The trick was that the assault, as such, should not have taken place at all. The Jewish army was required to surround Jericho, bring forward the Ark of the Covenant, and in front of it send seven priests with jubilee trumpets. On the seventh day of the siege, the army thus lined up had to go around the city seven times. The priests at this time were obliged to blow their trumpets.

What happened next turned out to be a complete surprise for the defenders. On the seventh circle of the passage of the Jewish army, one of the walls of the city could not withstand the sound pressure from the play of trumpets and shouts of soldiers, and fell, opening the way for the attackers. They immediately seized the moment, and Jericho fell. By order of Joshua, all of its inhabitants were killed. The attackers spared only Rahab and her household. These events led to the emergence of the well-known expression "Jericho Trumpet", in another way Shofar.

Interestingly, none of the valuables captured in Jericho, up to items made of copper and iron, could be appropriated to Jewish soldiers. All this was to go to the future temple treasury. A soldier named Achan, who violated the order, decided to quietly take for himself part of the jewels of the lost owners, unwittingly led his army to defeat in the next battle.

When Joshua, taught by God, learned about the violation of his order, he was immediately sent to execution not only the guilty soldier but also his family, including small children. After that, no one dared to disregard the order of the leader. After this event, Jericho himself lay in ruins for several centuries, until during the time of King Ahab his appointee Achiel revived the city to live.