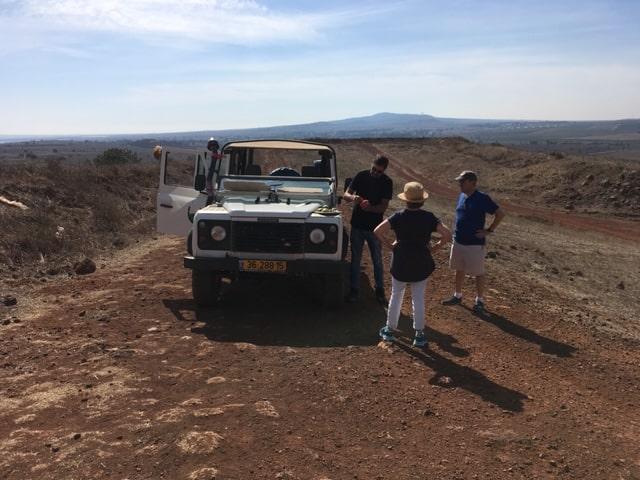 Israel located in the center of the middle east and always under constant pressure , to understand Israeli life I offer a collection of Israeli movies and tv series to experience both sides of the map, the left, and the right.

Threw the frames you will be able to sense the Israeli reality whether you a fan of Israel or not.

"Bishvila Giborim Afim" is an Israeli drama TV series, May 2018.created by Omri Givon based on the novel of the same name by Amir Gutfreund.

Four former IDF soldiers and best friends reunited together for a rescue mission in Colombia, they served together in 2006 Lebanon and the mission is to find Yael(Ninet Tayeb) their friend who was killed in a car accident but apparently still alive and captured in the jungle.

The tv series was bought by Netflix in 2018, translated in English and Hebrew.

Israel always has to keep the intelligence advantage in the middle east, and the Israeli-Iranian romance producing many stories, Teheran is an Israeli espionage thriller television series produced by Moshe Zonder.

Tamar Rabinyan Jewish-Iranian women, born in Israel
is an Israeli hacker and Mossad agent, she was sent to Teheran to disable the Iranian nuclear reactor and to provide the Israeli airforce a window to bomb the nuclear powerplant by hacking the Iranian systems.discuized to Muslim women and an employee of the power station she is trying to sabotage the central Iranian system and change the reality of the middle east.

Fauda or Chaos in Arabic is an Israeli drama-action tv series produced by Avi Isasharof and Lior Raz based on their military experience, the producers and the actors are all former IDF soldiers and officers.
The story is about Doron Kabilio, the commander of a special unit, his team is trying to eliminate terrorists from the west bank and Gaza who killed innocent Israelis.

There are 3 seasons and the forth is being recorded, Fauda won in 2016 the academic prize and in 2017 won 11 different prizes.

Israel is forced to deal with conflicts and wars constantly, but we don't have many films concentration on the consequences of the war, this film won so many awards and received a nomination for the best foreign film focusing on the shock of a fight of a former IDF officer who fought in the  First Lebanon War.

The film is groundbreaking, based on the real experiences of Ari Pullman, the director of the film, who was present at the massacre of Sabra and Shatila. It was created in the animation technique, and it has surreal scenes that try to illustrate the nightmares and confusion experienced by the Warriors as a result of the difficult events they witnessed.

"Zero in human relations" is probably the best Israeli comedy in the past 20 years. The film, which won six Ophir Awards and the Best Feature Film Award at the Tribeca Festival, deals with three female soldiers serving in the Shizafon south camp.

Dana Ivgi is Zohar a rebellion soldier trying to break records in the Minecraft game, Nelly Teger is a paper-shredding soldier whose big dream is to move to the Kirya base in Tel Aviv. Shani Klein embodies a level-a triplet officer who fails to cope with the problems of the motivation of the two. The name of the film, by the way, refers to the failed human relations of Officer Ramah. If you have already watched a movie like hundreds of thousands of other Israelis watching it, you are invited to watch his stage adaptation at the Lisin house theater. Pleasure is guaranteed.

An Israeli tv Drama series produced by Yaron Shani,5 chapters about dramatic events of complicated stories taking part in the Jaffa neighborhood of Ajami with a mixed Jewish, Arabic-Christian population. the characters are young Muslims and Christians living in a criminal reality full of lies and cruelty and drugs but trying to have a normal life.

A breathtaking Israeli war story and IDF documentary based on the book of Ron Leshem "If there is heaven", the story takes part in the Israeli military base "Bufor" on the border with Lebanon just before Israel withdrew from the region in 2000, there are overwhelming scenes describing extreme moments form the Israeli army service.

The movie was shot on mount Hermon and used real military equipment,

The actors didn't serve in the IDF  therefore many people such as the Israeli general gabi Ashkenazi refused to watch the movie and criticized it.

"Horrible days" Based on a real story, the movie capturing the events in Israel during 1993-95 while Israel was under constant terrorist attacks and under pressure signing the Oslo agreements with the Palestinians.

The movie presents the perspective of Igal Amir a Jewish assassin who murdered Yitzhak Rabin the prime minister of Israel and the following events.

"Your Honor", An Israeli drama thriller tv-series produced by Shlomo Mashiah and Roni Ninio, taking part in the south region of Israel, an Israeli judge Miha Alkobi finds himself in a difficult dilemma between a family and the law since his son who was driving without a permit made an accident and killed a man who was the son of an Israeli mobster.

Prisoners of War, a breathtaking Israeli thriller and drama tv series about 3 Israeli soldiers who were captured in Lebanon , after negotiations they were released but only 2 return to Israel. Nimrom and Uri who returned struggling and trying to return to normal life and dealing with post-trauma and stress, the third soldier stayed in Lebanon and used as an Israeli spy for the Mossad.