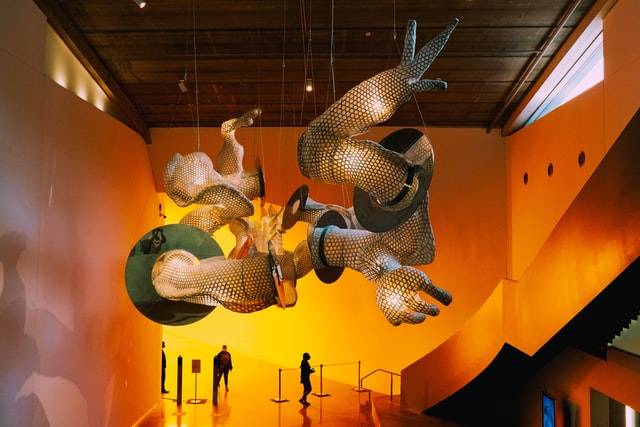 By the number of museums per capita, Israel ranks first in the world. In total, there are more than 200 collections and collections in the country, and to help tourists navigate this diversity, CNN has published a list of the ten most interesting and popular of them:

1)The Israel Museum in Jerusalem is the largest cultural institution in the country. It has recently been renovated and reorganized. A collection of Dead Sea Scrolls and other ancient manuscripts is held in a special repository called the Temple of the Book.

2)The Tel Aviv Museum of Art was founded in 1932 and recently acquired additional exhibition halls in a new wing. It is with them that it is recommended to start examining the exposition and end it in the old part of the museum complex.

3)The Ein Harod Museum of Art is the oldest in Israel. Its building was constructed in such a way that the exhibition spaces receive as much natural light as possible. The exposition contains more than 16 thousand works of Israeli art.

4)The Design Museum in Holon (7 kilometers south of Tel Aviv city center) is impressive not only inside, but also outside. It constantly hosts fashion, jewelry, industrial, and textile design weeks, as well as various exhibitions.

5)The Yad Vashem Museum in Jerusalem was created in memory of the Jews who died at the hands of the Nazis during the Second World War. It is visited by over a million people annually, admission is free.

6)The Gallery of Contemporary Art in Umm al-Fahm (38 kilometers southeast of Haifa) opened in 2007. The exposition brings together Jewish and Arabic art.

7)Jerusalem's On the Edge Museum is one of the most provocative in Israel. It positions itself as "socio-political" and organizes exhibitions on sensitive issues - national, economic, and others. There is a cafe on the roof of the museum with a wonderful view of the city.

8)In Jerusalem, next to the residence of the President of Israel, there is the Museum of Islamic Art. It contains works of art from different periods of Muslim history. Also, there is a huge collection of antique watches.

9)The Negev Museum in Beersheba presents a collection of contemporary Israeli art. It is located in the former governor's house, built during the Ottoman period, where concerts are held in the courtyard.

10)The Mandate complex in Haifa is adored by children. It is a "fun" science museum with many interactive exhibits.

11)Among the ten most popular museums, CNN was "forgotten", apparently for some of its own, most likely political reasons - to include several of the most interesting museums in Haifa and Tel Aviv. We strongly recommend visiting these museums. Judge for yourself how many interesting things you can learn by visiting them.

To get to know the variety of museum treasures, I advise you to stay for a few days in cities such as Jerusalem, Tel Aviv, and Haifa.

So let's start with Tel Aviv Museums. Tel Aviv museums are visited by over a million people a year. We highly recommend three of them to your attention: 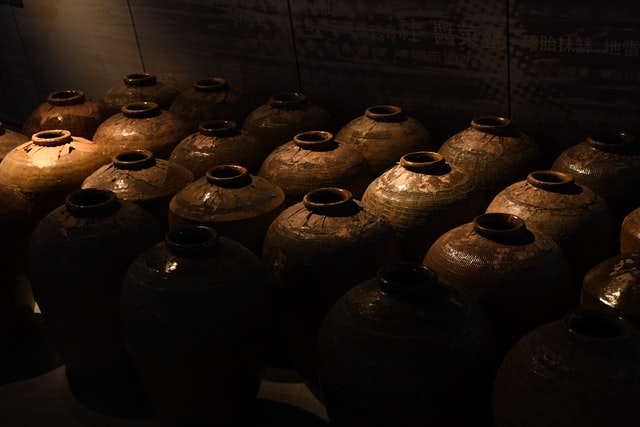 Tel Aviv Museum of Art - The collection of the museum presents European art of the 16-19 centuries, impressionists and post-impressionists, masters of Europe and America of the 20th century, Israeli art. In addition to the permanent exhibition, the museum organizes temporary exhibitions based on international cooperation. Tel Aviv Museum was founded in 1932. It is considered one of the largest and most important art museums in Israel. The exposition of the museum includes departments: Israeli art, contemporary art, photography, drawing, graphics, design, architecture, and the department of art of the 16th-19th centuries. In addition to the main exhibition, the museum has a sculpture garden and a youth section. In the first years of its existence, the museum functioned in the "House of Dizengoff", wherein in 1948 the Declaration of Independence of Israel was adopted.

The museum complex consists of several buildings: the main building, which includes a new wing on Shaul Ha-Melech Boulevard; the Elena Rubinstein Pavilion, adjacent to the Habima Theater, and the educational center on Dizengoff Street.

After visiting the museum, you can also visit the Habima Theater, which is nearby, stroll along Dizengoff Street and return to one of the most convenient and comfortable hotels on the waterfront.

New section - In 2002, a competition was announced to design a new west wing of the museum, adjacent to the Sculpture Garden, which would also serve as a new entrance pavilion. The competition was won by Preston Scott Cohen's project.

The five-story building of the museum harmoniously fits into the architecture of the quarter, built of gray concrete. The central inner pavilion of the museum is illuminated by natural light, penetrating through the transparent ceiling and streaming along the white walls, like a waterfall falling into the depths of the museum. Artificial light in the dark creates a similar effect. Visitors moving in this stream of light and the stream of light itself, as the core of the composition, are connected by a single space. In 2013, it is planned to open a new building, which will house an architectural archive, a museum of photography, and fine arts.

Eretz Israel Museum -  It is organized as a small town, where pavilions and other objects are scattered in a spacious, picturesque park. The museum has pavilions of glass, ceramics, numismatics, ethnography, and folklore; in the center of the park, there is a hill with an ancient settlement excavated by archaeologists. There is also a planetarium in the museum offering virtual travel into space.

Museum of Diaspora "Beit Hatfutsot" -  This is one of the largest museums in the world dedicated to the history of the Jewish people. The permanent exhibition creates a picture of the life of the Jewish people in the diaspora and is divided into several thematic sections: "the circle of family life", "community", "faith", "among the nations", "return to Zion".

There is no doubt that once in the north of Israel, you will want to see the Haifa museums. There are several museums of national importance here: the National Museum of Science, Technology and Space named after Matilda and Daniel Recanati, the National Maritime Museum, as well as the Haifa Art Museum - the third-largest art gallery in the country. The museum is located on the outskirts of the Adar district, where the Jewish and Arab quarters coexist.

The collection of the museum consists of approximately 7000 works of art created in different periods: paintings, drawings, sculptures, photographs, video works, and works of paper. 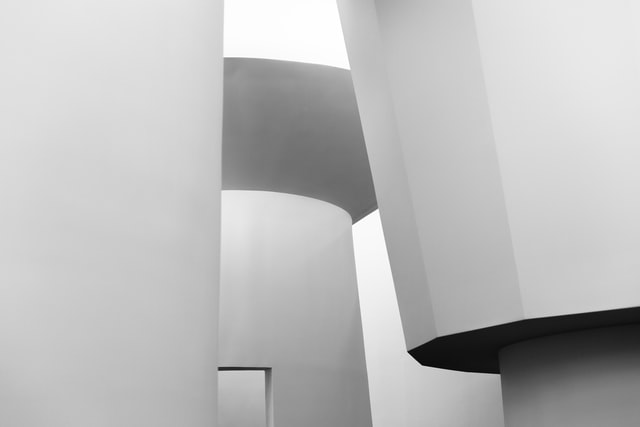 Lovers of Marc Chagall's art - be sure to visit the Haifa House of Artists named after Chagall, which was organized in 1954 at the initiative of the Association of Painters and Sculptors. The House of Artists offers individual and group exhibitions, the publication of catalogs and periodicals, and services for international exhibitions. Also, cultural events are held in the artist's house, such as dialogues between artists dedicated to various aspects of art, chamber music concerts, and others.

But if you decide to get acquainted with the work of Chagall in Israel, then any guide, and any lover of painting, will advise you to look at the famous Chagall stained glass windows in Jerusalem.

In the west of Jerusalem, on one of the hills, there is a huge Hadassah hospital complex, in the courtyard of which there is a synagogue with elongated Mediterranean waves on the ceiling and a dozen windows that glow from the inside and are almost invisible from the outside. These are the famous stained glass windows by Marc Chagall.

Nothing becomes obsolete as quickly as the architecture of advanced modernism. Although it is in this old-fashionedness that additional charm arises. To get to the synagogue, you need to park your car, go into one of the buildings (next to the hotel), go through a two-story store with many cafes, walk along the footbridges and corridors through another department, go outside, go down, bypassing the corridor, walking patients, their visitors, smoking doctors. And then you have to walk a little more along the corridor to stop in front of a modest inconspicuous door. Inside is an almost ordinary synagogue with a warm, cherry blossom oozing from above. There are twelve stained glass windows (according to the number of tribes of Israel), everything starts (if clockwise) with two blue ones, depicting the creation of the world and the appearance of man, then there is a juicy yellow stained glass window, turning into two burgundy ones, a green stained glass window finishes the wall, then there are a couple more yellow ones. and green. Looking at the stained glass windows, you see a bush swinging outward. And, illuminated by a rich ruby, it turns into an unburned bush.
The main thing in this color-musical glass cut is not the legendary history, but the Mediterranean spirit, into the saturated (ultimate) colors of which Chagall weaves fragments of his traditional motives and Judaica.

It is impossible to recognize the Israeli capital without having lived in the capital's hotels for at least a few days.

And now, having found ourselves in Jerusalem, the Israeli capital, we will go to the main Israeli museum - the Israel Museum. Founded in 1965, the Museum has an encyclopedic collection from prehistoric times to contemporary art. Over the forty years of its existence, the collection has grown to 500,000 exhibits, and the museum has become a globally recognized and inexhaustible source of cultural treasure both for Israel and the Middle East, and the whole world.

The new recently renovated and rebuilt complex of the Israel Museum includes the Temple of the Book, where the world-famous Dead Sea Scrolls are exhibited; Model of Jerusalem of the II Temple era; Information center and cinema; Garden of Arts (deserving a separate story); children's department (here special entertainment and educational programs have been developed for Israeli schoolchildren, operating all year round); Archaeological Museum. Rockefeller and Tycho House, which is also part of this new complex.

And to end your tour of Israeli museums, you must, of course, visit the Yad Vashem Museum. The Museum of the History of the Catastrophe (Shoah) is located in an area of ​​4200 sq. meters. The building is a prism, most of which is carved into the thickness of the mountain. Daylight only comes from above - through the glass top of the prism. The central gallery runs along its entire length. On either side of it, there are side branches - galleries, each of which is dedicated to a certain stage in the life of the Jews in this dark period of history. The Holocaust of the Jewish people is told through the life stories and tragic fates of the victims of the Shoah. This approach: to show the general through the particular, allows the visitor not only to receive the amount of knowledge but also to feel the tragedy of the Shoah.

The exposition of the museum is a successful combination of various elements of modern design: the skillful use of the features of the room, details of the entourage, and light create an incomparable sense of space, time, and atmosphere of the Shoah for visitors.

The story of the tragedy ends with the Hall of Names. Collected here Sheets of Testimony with the names of the victims of the Shoah are a kind of memorial to the exterminated Jews. The Hall of Names is followed by the Epilogue. And right from here is the exit from the Museum to the observation deck.

From here a majestic view of the ancient and new, old and modern, and eternally Holy city - Jerusalem opens up.

Plan your next visit to Israel wisely and make sure you visit one of the great museums that Israel has to offer!