Why Are The Jews So Successful? A Simple Explanation For The Mystery

Why are Jews successful? 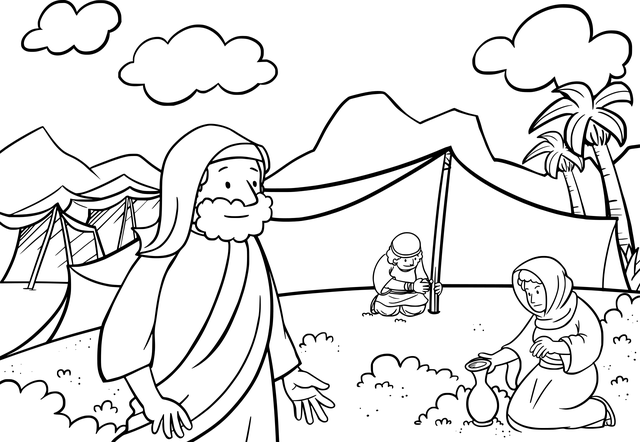 The modern world's dominant trend is a success. A successful person, on average, has a fairly high level of financial well-being. Furthermore, successful people tend to occupy the top rungs in a variety of fields of activity, whether it is science, medicine, culture, or various types of business. An interesting fact was discovered: these upper steps are frequently occupied by Jews. It turns out that no matter what this nation's representatives do, they do it better than people of other nationalities. This fact haunted the competitors, and they attempted to deprive the rivals of their freedom of action through administrative means or banal pogroms.

Let's try to figure it out

Initially, Jews were not much different from the rest of the population. They had their state, albeit a small one. They were involved in a wide range of activities, including agriculture and industrial production, trade, finance, and military affairs. However, their state ceased to exist one day, and the majority of the people found themselves outside their homeland, with extremely limited individual rights. Furthermore, even the ability to earn a living was severely restricted.

Because Jews were not permitted to own land, they were unable to engage in agriculture. Working in the industrial sphere was also prohibited. A small circle of professions remained, the majority of which were regarded as unimportant: actors, doctors, merchants, and money changers. After all, they had already worked in this labor market, so they had to make moves that would be surprising to members of the local population.

And here's where we should focus on one particular detail. The average European during the medieval period was illiterate. His lot in life was hard physical labor that didn't pay well. Naturally, such people lived in poverty their entire lives, leaving behind the same impoverished descendants. Such people, in theory, could not manufacture, let alone invent something new. All of this, of course, had an impact on both the quality of the manufactured goods and the company's success.

On the other hand, the average Jew during the same period was literate. He could read, write, and count, and he taught his children to do the same. Because most Jews had known the Torah since childhood, they knew how to apply the laws in everyday life. As a result, literate representatives of the nation outperformed semi-literate Europeans in terms of memory and attention, perception of new knowledge, and ability to quickly comprehend information received. Furthermore, all of the prohibitions imposed on Jews by European rulers only tempered their personalities, allowing them to cope with a wide range of difficulties and failures.

This practice has been going on for centuries. Even when industrial capitalism arrived and European children began to be taught to read and write, their Jewish counterparts were better prepared. And now, with an excellent educational foundation, those who have reached adulthood have proven to be competitive regardless of the area of application of efforts. Everywhere Jews demonstrated practicality, diligence, and diligence.

There are numerous examples in history of Jews in Eastern Europe subjugating entire villages. They controlled almost all commodity-money relations in them by issuing small loans or goods on collateral. Working as individual craftsmen, they created high-quality products at reasonable prices. If Jews started doing big business, whether financial or commercial, they quickly achieved excellent results, and competition from them threatened the people of the titular nations' businesses.

This practice was unaffected by the state-capitalist or socialist development paths. It's just that in the first case, the Jews' financial success became more visible. They held managerial positions in the USSR, where the level of financial income was strictly regulated, and achieved significant success in this field.

It's just a one-of-a-kind situation in science and art. When an ordinary person is asked to name the names of prominent scientists, artists, or painters, it turns out that the majority of them are Jews. And in this case, the most important role in the success of this nation's representatives was played not only by their personal qualities but also by generations' centuries-old experience, which enabled them to solve the most difficult problems.

So it turns out that the knowledge imparted to children from an early age is directly related to the quality of their future work. Representatives of this country are not ashamed of being "imprisoned" for managerial work or for jobs that require more collaboration with the head, such as science, medicine, and culture. This, of course, does not negate the fact that when a Jew first begins his or her work or creative path, he or she will reject the most low-prestige work. And vice versa. In most cases, success came only after an ordinary person had gone through a series of trials and tribulations, beginning, for example, with the work of a newspaper peddler.

And here's another interesting fact that, for some reason, isn't always noticed. A team is quickly formed in almost any area of business where a representative of the nation begins working. There are numerous examples of fruitful collaboration between Jews and people of other nationalities, but in this case, it is about something else. Jews are attempting to support one another, as they have for many centuries. As a result, wherever there are at least one representative of these people, a circle of people "by interests" forms quickly.

As a result, it appears that the key to their success is primarily three factors: knowledge, diligence, and mutual support from fellow believers. Knowledge provides the foundation for and the ability to respond quickly to a change in the situation. Diligence enables you to complete the assigned tasks as efficiently as possible while attracting the fewest resources (human, temporary, or material). Well, if there was no support for one another, the Jewish nation would have disappeared long ago, dissolving without a trace in other countries, just as the 10 tribes of Israel once did.