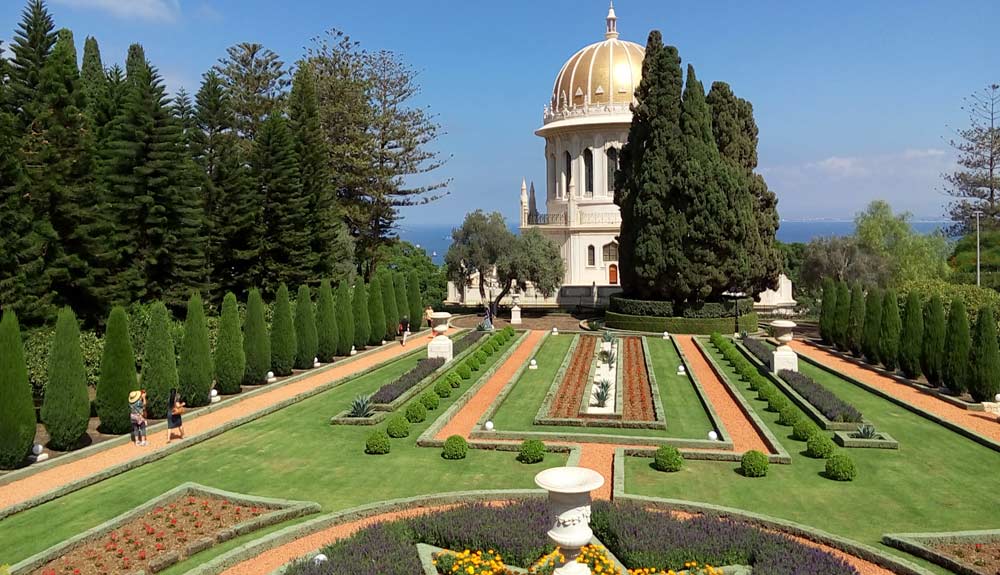 Saturated with historical and natural sights, a tour to Haifa, Akko and the Rosh-Hanikra geological reserve will open for you a new Israel

modern and youthful, full of centuries-old cultural heritage and a variety of natural beauties.

As your tour guide in Israel I suggest to take a fascinating Haifa, Akko, and Rosh-hanikra tour and try to reveal all the secrets of the fortress of the Hospitallers and the ancient port city of Akko, who remembers the battles of Alexander the Great, King Richard the Lionheart, Crusader campaigns and walks along the Napoleon embankment.

We will visit The market of Akko combining wonderful architecture from the times of the Crusaders and the ottoman empire and a great selection of local production, nuts, Local sweets like the baklava, and great hummus.
Since Akko is a port city the selection of fresh fish that you can buy or enjoy in one of the local restaurants is just huge, if you are a fan of seafood there is also a very respectful variety.

the natural reserve of karst caves and grottoes of Rosh-Hanikra.

The Geological formation located on the border between Lebanon and Israel on the cost of the Mediterranean sea on the Northwest part, the natural reserve is a white chalk Cliff In which you can find spectacular grottos
All the grottoes are formed by the sea since the chalk is very soft.
This place is not only important is a beautiful location to visit but also a very strategic place during the second world war the South African forces blasted railway tunnels for trains to pass, In 1947 when the BRITs decided to withdraw from Palestine the tunnel was destroyed by the 21st battalion of Palmah, To protect the newborn country from any attempt to infiltrate and to cause any casualties.
Caesarea is a great Ancient port and harbor build by the great king Herods during the first century BC, the city was named in honor of the Roman emperor Cesar the great, King has begun constructing the city in 22 BC is a deep-sea harbor, The king constructed a classic Roman city including markets wide roads famous Roman baths storerooms, toilets, hippodrome, and of course Roman theater
The Palace of the king was big and located right on the water including a pool of freshwater, in the Roman city as a citizen or just a visitor you had the opportunity to enjoy the public buildings' sports competitions, gladiator battles, and theatrical productions in the theater.
The construction technique was very progressive for the period of the first century BC, he used volcanic ashes in big wooden boxes which were placed in the waters to create the fundament and the base of the port In the Waters, Today we call it cement.
When Caesarea became a part of the Roman empire, Caesarea replaced Jerusalem as the capital and the official residence of governors like puntos pilate who judged Jesus.
In the Christian tradition Peter, the apostle came and baptized Cornelius The centurion and his household, the first time Christian baptism was conferred on Gentiles.
During the Byzantine period, Caesarea became the capital of Palestine prima.
During the Muslim period, The city was not important anymore and the city became like a small administration as part of the Muslim empire.
The Crusade period began at the beginning of the 12 century, the Crusaders were led by the king Baldwin the first and took over the city and controlled the location on the coast.
Salah-Adin Took over the city in 1187 but later it was recaptured again by the Crusaders.
During modern times the excavations were funded by the great Rothschild family and today we can enjoy a beautiful Roman city.
There is a museum presenting a short movie about the history of the city and the great king Herods and also in the exhibition of different items which were found in Caesarea.

We will see the modern metropolis Haifa that is unusually green for the Middle East climate, keeping pace with the times and honoring the historical heritage, national color, and cultural identity, which you can fully experience in the eastern market.

The Bahai Gardens, striking with their magic beauty, will conquer your heart and soul with your paradisiacal pacification. I will help you feel not only the aesthetic elegance of these terraces erected on the grave of the founder of the youngest Bahá'í religion but fully experience harmony and peace of mind without the unnecessary fuss of numerous tourist groups.

Do not forget about the gastronomic sights of this hospitable city. I am your tour guide in Israel and I will help not only to make the tour comfortable and truly cognitive but also insanely delicious and authentic.

When planning your Haifa, Akko, and Rosh-Hanikra tour in Israel, do not forget that traveling around the region with its many attractions is best in a comfortable car.

A licensed private English speaking guide with transport will be your best option for a tour to the northern capital of Israel and getting to know the historical and natural sites of its surroundings. I will provide you with not only comfortable travel around the country and attractions but also the full package of emotions and pleasure.