VISIT THE EIN GEDI NATIONAL PARK IN THE JUDEAN DESERT 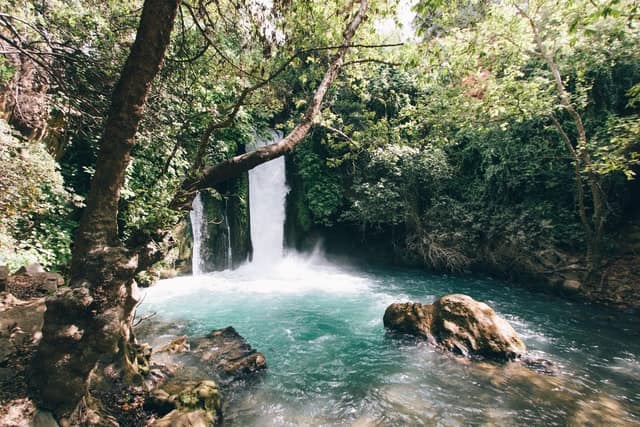 On the shores of the Dead Sea, the Ein Gedi national park is one of Israel's best and unique hiking locations, the nature reserve has unique landscapes, special desert gardens, and local animals such as the ibex and wild hyrax, if you ask an Israeli where to visit, Ein Gedi national park will be first among many sites worthwhile to visit, the park is located 1.5 hours away from Jerusalem and 2 hours away from Tel Aviv but don't let the distance stop you, Ein Gedi is one of the best locations that you don't want to skip.escape the city and the people and enjoy the sound of silence and running water.

Ein Gedi national park offers 10 different routes to hike starting from just 30 minutes of walking and suitable for families, elders, and kids, other routes will be more difficult and long (1.5 - 2 hours) and can be great for experienced hikers and nature lovers, the longer hike will take part in Nahal David.

The trail offered for families and kids is circular, you start from the ticket office and walk on flat ground while watching the animals of Ein Gedi reserve passing by, and you can reach the first waterfall to swim and wash your fit, to rest, and then return to your vehicle. the second route will lead you threw the canyon, the hike isn't hard but a little stiff, eventually after walking up the mountains you will reach the David waterfall and 2 pools, this is also a good hike for beginners, make a u-turn and return to your vehicle on the marked trail.

The third and the hardest part will be after the waterfall, if you are an experienced hiker and you willing to climb 3-4 hours this part is for you, continue up towards the Shulamit spring, Ein Gedi spring and the secret caves of the desert, the trail is marked!on the way you will pass by water pools in which you can rest and cool off.remember every trail you choose will be an excellent choice, the nature of Ein Gedi reserve is full with water, greenery and animals, the shaded spots will provide a great place to cool off and relax, don't forget to take drinking water and hats.

SITES ALONG THE LONG ROUTE OF EIN GEDI NATURE RESERVE 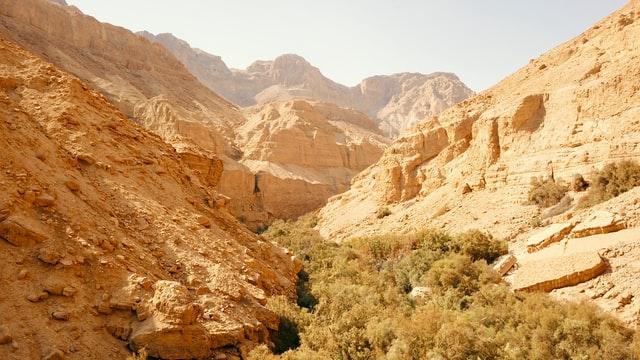 In the Chalcolithic period (about 6000 years ago) or Hebrew, the Copper Age, the temple was most likely used by farmers who lived in the spring environment and took advantage of its waters. Although there were no remains of residential buildings from this period in the area, it is assumed that the residence was in the many caves of the mountains. It seems that the temple was left neatly because there was no relic in it for the vessels of worship. In 1960, as part of the search operation for the scrolls of Ganos in the Judean Desert, a cache of 429 luxurious ritual instruments wrapped in a mat with wands and Ivory utensils were found in the nearby Mishmar stream. The researchers believe that these tools (now in the Israel Museum in Jerusalem) found in the cave (now called the treasure cave) were used in the temple in Ein Gedi.

In Tel Goren, the special climatic conditions of the region have been used, as well as the excellent water for growing irrigated agriculture (in contrast to the Agriculture of Baal that relies on the decline of rainwater), which included perfume plants and rare medicinal plants. In the Tel were found the remains of tools for concocting perfumes and other tools used for this agriculture.

Throughout the period of the Kings Ein Gedi did not receive much attention, but during the time of the Kings of the Hasmoneans, the accelerated development of the OASIS that included the installation of aqueducts, the growth of Persimmon (not the one that is now known), which was a shrub to create a rare perfume. The wealth of Ein Gedi caught the eye of the Roman Empire who cared to conquer it later and nurture it even after the destruction of the temple (Josephus Flavius tells at length how the Jews tried that the secret of growing Persimmon would not reach the hands of the Romans).

Many certificates we have from the period of the Bar-Kochba uprising (132-135 ad), then Ein Gedi served as a regional center and supply base.

THE ANCIENT SYNAGOGUE OF EIN GEDI

It is also recommended to visit the ancient Ein Gedi synagogue near Tel Goren. The synagogue in which a magnificent mosaic inscription was found in Hebrew and Aramaic placed at various stages of development and expansion of the synagogue. One of the addresses is that of the list of names of the ancestors of mankind (from Adam to Abraham) and the other is an interesting inscription that says (in free translation from Aramaic) that will curse those who reveal the secret of the town. It means the secret of growing Persimmon which was the professional secret of the town and if it were discovered its main source of livelihood it was lost. At the end of the Crusader period, the settlement and the region were abandoned, mostly Bedouin tribes lived.

In the war of independence, in parallel with the occupation of Eilat, Ein Gedi was occupied as part of a stabilization operation in boats from the sea on 10.3.49 by a company from the Alexandrian brigade led by the cruiser Maria Gutman. Ein Gedi was stationed north of the border with Jordan in the Jordan Valley until the Six-Day War. 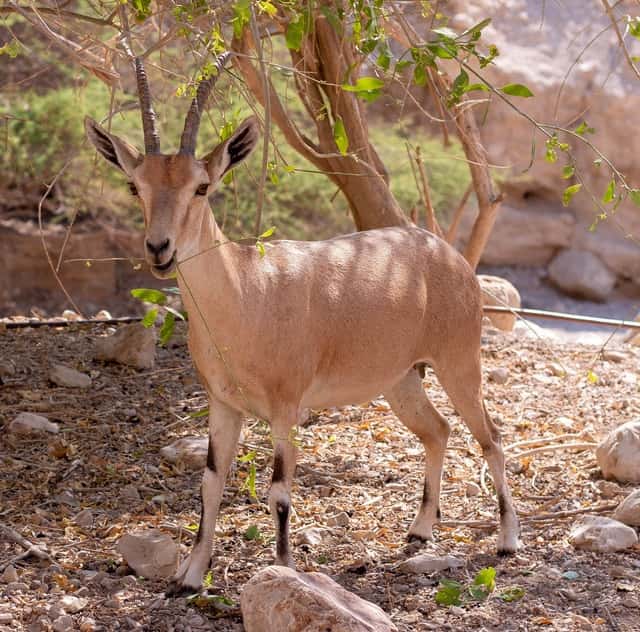 The symbol of the national park authority is the ibex, and the most popular animal in Ein Gedi is the Nubian ibex, while walking in the national park you will notice herds of ibex, from small to big !feeding the ibex is forbidden and considered a crime since human food can hurt them, besides the ibex, many foxes and wolves are coming out usually during the night, birds and hyrax.

HOW TO GET TO EIN GEDI NATIONAL PARK?

I offer to visit the Ein Gedi national park and combine this amazing site with Masada national park to learn about the amazing fortress of the desert and the last roman - Jewish battle, visit the Dead Sea and have relaxing swimming while taking amazing photos on the beach, explore Qumran with the secret caves in which the scrolls of the Dead Sea were found.