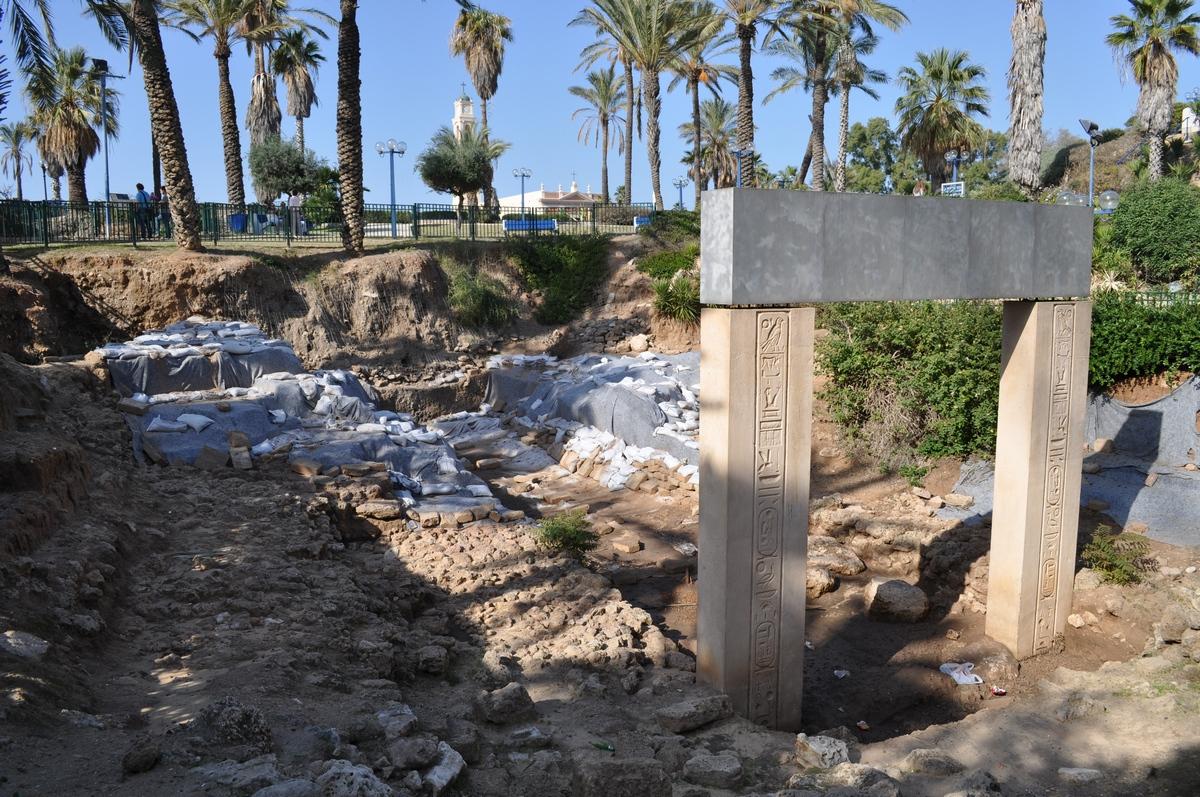 The garden is located on the south-east of Jaffa, the entire location was destroyed by the British forces during the British mandate in Palestine between 1917-1946, during the 1950s the area was a criminal part of jaffa with drug trafficking and prostitution

.
During the 1960's archaeological excavation exposed parts of an Egyptian triumphal gate from the 12th century BCE or the times of Ramses II,
the gate is an exclusive evident to the Egyptian period over Cnaan just before philistine got a hold of the southern coastal plain including Gaza, Ashkelon and Jaffa.

Today you can see the remains of a restored gate and stones covered with clay together with an altar of a lion that looks like a sphynx worshipped by the Egyptians in early stages.

The area is closed and you cannot approach or touch it but only see.