Jerusalem Biblical Zoo - Visit The Animals Of The Bible 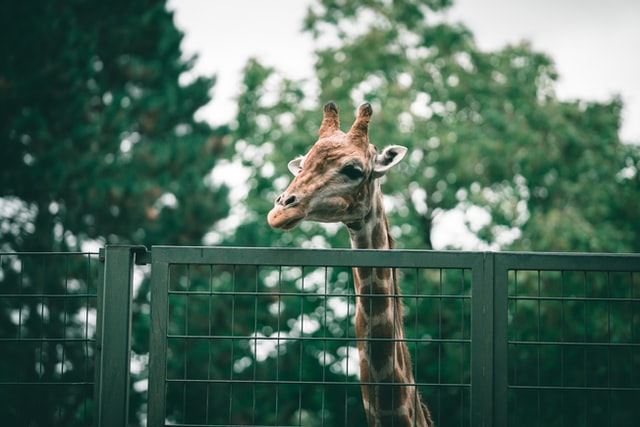 The Biblical Zoo is located in the center of a picturesque valley about 6 km southwest of the center of Jerusalem, in the Malha region. The official name of the park is “Zoological Gardens of the Tisch Family”. It was founded more than 70 years ago by the scientist Aaron Shulov, an outstanding zoologist and entomologist.

The zoo is famous for the collection of animals mentioned in the Bible, as well as for its success in preserving rare species of animals.

Today the zoo covers an area of ​​about 25 hectares, which contains more than 200 species of animals, represented by more than 2 thousand individuals. Among them: elephants, lions, rhinos, bears, monkeys, kangaroos, zebras, Saharan oryx, various birds, snakes, and many others. The inhabitants of the zoo live in their natural habitat - from the African savannah to the rainforest. Also, visitors can get acquainted with the flora of the Mediterranean - olives, acacias, and other plants of these places.

Today, the number of visitors to the zoo per year reaches almost a million.
To get around the park, it will take at least several hours, so for the convenience of visitors and to increase the speed of movement, the Zoo sightseeing train, which stops near the most interesting animals, operates. It is also worth noting that the paths, train, and other infrastructure of the zoo are equipped for a comfortable stay for people with disabilities.

The cost of visiting the Jerusalem Biblical Zoo varies depending on the category of visitors:

HISTORY OF THE JERUSALEM ZOO

The history of the zoo began in September 1940 with the appearance, through the efforts of Aaron Shulov, professor of zoology at the Hebrew University, in the center of Jerusalem, a small "living corner" containing a pair of monkeys and a desert monitor lizard, donated by British military pilots who caught it on an airfield in Gaza. Shulov's goals were to provide his students with a platform for zoological research and collect animals, reptiles, and birds mentioned in the Bible.

However, the second goal turned out to be not quite attainable for two reasons: the lack of clarity in the translation of many names of the representatives of the animal world found in the Holy Scriptures, as well as the absence by that time of many species due to their extinction for various reasons. For these reasons, it was decided to go beyond the concept of exclusively biblical animals, and include among the inhabitants of the zoo also endangered species around the world.

Over the next few years, the gradually developing zoo had to change its location more than once due to its proximity to residential areas. In 1947, the zoo, which by this time had reached 122 inhabitants, moved to a piece of land on Mount Scopus. However, due to the outbreak of the Arab-Israeli war, the zoo began to have difficult times: some of the animals died of hunger, some had to be released into the wild.

At the end of the war, the Bible Zoo was forced to relocate again due to limited access to Mount Scopus. The new site is a 15-hectare site in Givat Komuna, next to the current Romem neighborhoods in West Jerusalem. The zoo operated here from 1950 to 1991, becoming a favorite institution in Jerusalem. Thanks to gifts, exchange with other zoos, and success in breeding, the zoo quickly restored and then increased the number of its inhabitants.

In 1965, Teddy Kollek became mayor of Jerusalem, who set the goal of moving the zoo to a larger site, where it could develop and become an important tourist attraction in the city. In subsequent years, fundraising began for the implementation of this project, estimated at $ 30 million.

The new location was the Malha Valley, where the reconstructed zoo opened its doors in 1993. In gratitude to one of its sponsors - the New York Tisch family - the official name of the zoo was changed to "Zoological Gardens of the Tisch Family in Jerusalem."

The current management of the zoo remains faithful to the idea of ​​its founder about the widest possible representation in his collection of representatives of the animal world mentioned in the Bible. As an example, this is why the zoo's collection includes the Asiatic lion and not the more common African lion.

Already in the 1980s, almost all of the 130 animals mentioned in Scripture in one way or another were collected on the territory of the Jerusalem Zoo.

As for vegetation, most of the trees and plants presented in the zoo are also noted in the Bible. There are olives, figs, carob trees, pomegranates, date palms, oaks, pines.

It is worth noting that on information plates near cells or trees that correspond to this idea, verses from Scripture are always present, which speak about this animal or plant.

In 2009, the Jerusalem Zoo exposition included 68 species of mammals, 28 species of reptiles, 11 species of amphibians, 60 species of fish, and more than a hundred species of birds - a total of about 2,200 specimens.

An interesting fact about the zoo is that the fruits, vegetables, and meat needed to feed the animals have been supplied free of charge by Israeli companies as tithes for many years.

THE INFRASTRUCTURE OF THE BIBLE ZOO TODAY

Today, the Jerusalem Zoo is a large park located on two levels. There is:

1. An artificial lake that feeds on pools and waterfalls that flow into each other.

4. Spacious aviaries, separated by moats or glass windows (including aviaries where a humid and warm climate is maintained, like in the tropics).

5. Numerous ropes and ladders for those inhabitants whose life is spent mainly in the trees.

Some open-air cages are open to visitors, for example, you can go to the aviary and be among the birds, and not only harmless ones such as parrots but also predatory ones. There are observation platforms on the slopes of the hills, from where you can watch live in the enclosures located below.

Many objects in the zoo are made in the biblical theme: the information center resembles Noah's ark, slides and other elements of the playground - various representatives of flora and fauna, and the sculpture garden includes images of large animals.

There are educational attractions for children (for example, to identify animals by traces), special places where you can communicate with animals - touch and feed dwarf goats, sheep, rabbits, and guinea pigs.

The information center of the Jerusalem Zoo has an auditorium where films are shown, lectures, competitions, exhibitions, and even plays and musical performances are organized. In addition, there are several snack bars and cafes, a gift shop on the territory of the zoo.

It is worth noting that the zoo plans to develop further: the plan of expansion to 400 hectares has already been approved and a new hall of underwater inhabitants has been opened.

Currently, the Bible Zoo is one of the main tourist attractions in Israel, as evidenced, for example, by the fact that from 2005 to 2007 it topped the list of the most visited tourist destinations in the country, and in 2008 it was ranked third after the national park. Masada and Caesarea National Park.

Today, the Jerusalem Zoo is operated by the city government and the Israeli Ministry of Tourism, and its main message is this: if you want to know more about nature, animal welfare, wildlife conservation, and environmental education in the country, then you should visit this place.

The zoo considers the conservation of endangered species to be its main goal. To achieve this, he is taking steps to breed animals in captivity and, in some cases, return them to the wild. Some of the region's extinct species have been so successfully bred at the Biblical Zoo that their descendants now inhabit reserves throughout Israel. Among them are the Syrian brown bear, the African addax antelope, and the Persian fallow deer.

The zoo's management also makes significant efforts to give it a supranational, intercultural meaning. Almost half of the zoo's employees are Palestinians, in addition, children of Arabs and ultra-Orthodox Jews are actively involved in visiting the zoo (these segments of the population are offered large discounts).

It is worth noting the research work carried out by the Jerusalem Biblical Zoo: it participates in national and international research projects in the fields of zoology, biology, and environmental science, and publishes scientific articles. Through its Aaron Shulov Foundation for the Study of Animals in Captivity, the zoo also provides grants for research on animal husbandry, animal reintroduction, endangered species reproduction, conservative genetics, nutrition, and health care for exotic animals.

TIPS BEFORE VISITING THE BIBLICAL ZOO IN JERUSALEM

During the summer months, it is recommended to visit the Jerusalem Zoo either in the morning or late afternoon, as it is very hot at lunchtime and many animals prefer to hide in the shade or sleep. In addition, the largest number of visitors is observed during the daytime.

Please note that the zoo ticket office stops working one hour before closing time.
Many tourists note that sometimes a whole day is not enough for a careful study of the entire territory of the zoo, so consider your time before visiting.

If you are planning to come to the zoo with children, you can specify the days when various events are held for them. You can do this on the official website of the Jerusalem Bible Zoo.

HOW TO GET TO THE BIBLICAL ZOO IN JERUSALEM?

You can get to the zoo by public transport or by car.

If you are planning to come to the zoo by private car, then be guided by the southwest exit from Jerusalem. The street closest to the zoo is named after its founder - Derech Aharon Shulov. It has a spacious parking lot where you can leave your transport.

In addition, you can get to the zoo using the private car services in Jerusalem.