THE IRON DOME SYSTEM: THE JEWISH GUARDING ANGEL ON WARS AND CONFLICTS 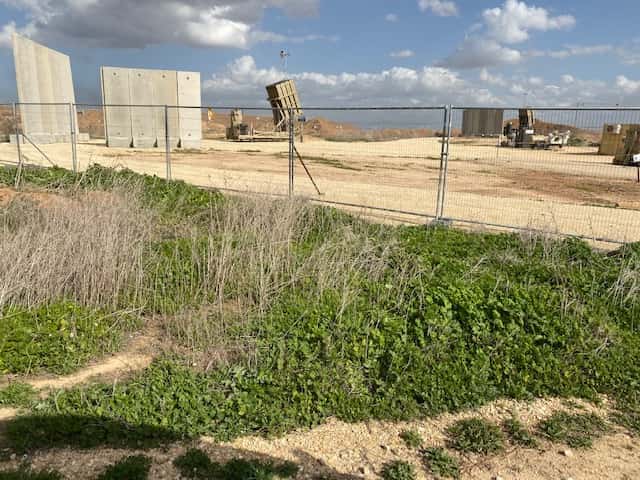 On May 10-12, Palestinian radicals fired more than 1,500 missiles into Israel, most of them being intercepted by the "Iron Dome" missile defense system. The history of the creation and characteristics of the "Iron Dome" system is in this article.

Israel has created a four-tier missile defense system. At the bottom is the Iron Ray laser system, designed to destroy ultra-short-range missiles (up to 7 km; entered service in 2015). The Iron Dome system is on the second level. The third is David's Sling system, developed jointly with the American corporation Raytheon for the destruction of medium-range missiles (in service since 2017). The fourth level is the Hetz (Arrow) complexes, created jointly with the US Missile Defense Agency (in service since 2000) to counter long-range ballistic missiles (up to 3,000 km).

The Iron Dome system is designed to intercept short-range unguided missiles. Its development began in 2004 in connection with the shelling by radical Palestinian groups of southern Israeli cities with homemade Qassam rockets or Soviet-made rockets. The system was developed by Israel Aerospace Industries and Rafael Advanced Defense Systems.

The Iron Dome tests were carried out in 2007-2010. In August 2009, the first Iron Dome battalion was formed. In March 2011, the system was put into service and in April of the same year, for the first time, it successfully intercepted a Grad missile launched from the Gaza Strip.

In 2014, Rafael demonstrated a sea-based version of the Iron Dome. According to media reports, the complexes can be deployed on Israeli Navy ships guarding gas platforms in the country's exclusive economic zone.

In 2020-2021, tests were carried out of an upgraded version of the system, which was able to intercept various unmanned aerial vehicles.

Even during the development phase of the system, it was criticized for its high cost. Thus, the price of one Tamir missile is, according to various estimates, from $ 20,000 to $ 100,000, while one Qassam costs the Palestinian groups several hundred dollars. Already in 2009, some Israeli military analysts pointed out that the "Iron Dome" could "choke" if Palestinian groups began not single, but massive shelling.

TACTICAL AND TECHNICAL CHARACTERISTICS OF THE IRON DOME

The "Iron Dome" is designed to destroy ballistic targets within a radius of up to 40 km with a technical range of the anti-missile missile up to 70 km.

A feature of the system is that it knocks down not all targets that are within reach, but only those that threaten residential buildings, infrastructure facilities, etc. This helps to reduce the cost of operating the complex.

DEPLOYMENT AND APPLICATION OF THE IRON DOME SYSTEM

The first battery of the complex was deployed on March 27, 2011, in the area of ​​the city of Beersheba (in southern Israel, 35 km from the Gaza Strip) with a population of 300 thousand people, which at that time was subjected to rocket attacks from the Gaza Strip. The second was deployed on April 4 of the same year in the south of the country near the Gaza Strip, on September 1 the third battery covered the city of Ashdod (in the southern part of the country on the Mediterranean coast) from shelling. Later, new batteries were deployed in the area of ​​the cities of Eilat, Haifa, Safed, Tel Aviv, and others.

The system showed high efficiency (it was possible to shoot down about 90% of the missiles fired by Palestinian extremists in the cities of southern Israel), however, with a salvo attack, its effectiveness decreased.

On March 9-14, 2012, during the aggravation of the situation, the Iron Dome air defense system intercepted 56 out of 300 missiles.

During Operation Cloud Pillar, on November 14-21, 2012, the Israeli air defense shot down 421 missiles out of 1506, the complex missed about 80 missiles (the rest fell in desert areas).

In July - August 2014, Israel conducted a military operation "Defense Line" in the Gaza Strip, the declared goal of which was to stop rocket attacks from the territory of the Gaza Strip. According to the Israeli army, during the operation, Palestinian radicals from the Gaza Strip fired 4.5 thousand missiles at the Jewish state, 3.6 thousand of them exploded in a desert area, the Iron Dome air defense system intercepted 735 missiles flying towards the populated points.

The Iron Dome system is one of the best protective weapons invented by general Danny Gold and the minister of defense Amir Peretz who insisted to create the system while others were against his decision, today the Iron Dome system is the guarding angel of Israel and it's reducing the number of casualties every conflict and war