A VISIT TO BAHAI GARDENS IN HAIFA

The Bahai Gardens in Haifa, the incredibly beautiful and manicured terraced gardens on the slope of Mount Carmel leading to the tomb of the Bab (the prophet of the Bahá'í religion) are one of Haifa's most recognizable landmarks.

ALL ABOUT THE RELIGION OF BAHAI 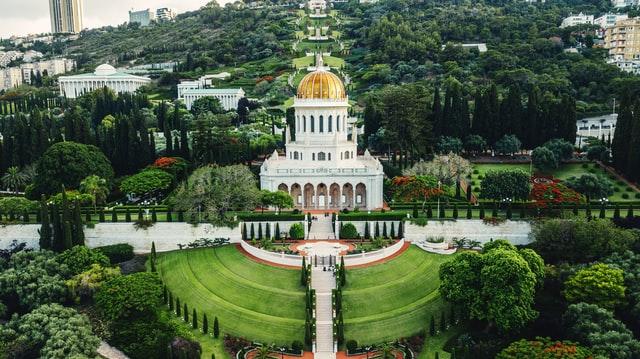 Bahaism is a monotheistic religion that originated in the middle of the 19th century in Persia (today's Iran) and is based on the teachings of the Prophet Bab and one of the first and most prominent followers of Bahá'u'lláh. The basic principles of Baha'ism are:

• Recognition of the common source and unity of all major religions. The Bahá'ís claim that there is one God who created the human race. At various times, God sent his prophets or spiritual teachers. These prophets were: Moses, Jesus, Muhammad, Buddha, Krishna, Bab, and Bahá'u'lláh. Bahá'ís say there will be more prophets, but who and when is not known.

• Rejection of all kinds of prejudices (racial, national, religious, class, and political).

• Equality between men and women.

• Elimination of extreme forms of poverty and wealth.

• Refusal from fanaticism, gambling, alcohol, and drug use.

THE HISTORY OF THE CREATION OF BAHAI GARDENS IN HAIFA 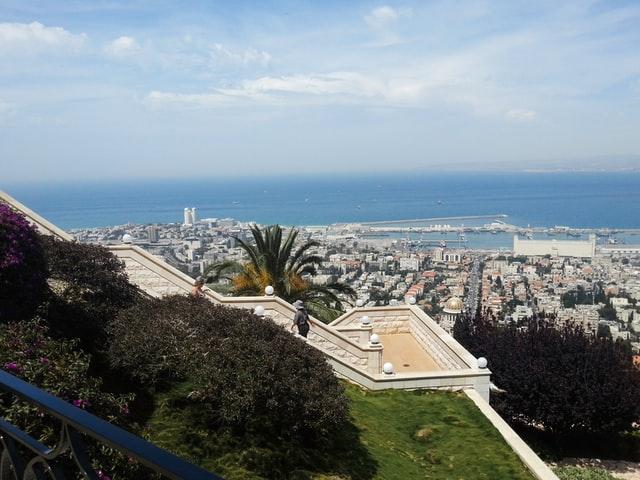 The history of the Bahai Gardens in Haifa (Israel) began in 1909 with the burial on the slope of Mount Carmel of a prophet named Bab, who was shot in Tabriz in 1850.

What do you think, what could expect a person who changed the name of Sayyid-Ali-Muhammad to Bab (translated as "Gate"), and claims about the imminent coming of the Almighty, who will unite all the religions of the world into one?

Any prophet of any faith runs the risk of encountering misunderstanding, all the more if he preaches something significantly different from the established society. In Muslim Iran, there could be only one way for such a person: first to prison, and then to execution. Which is what actually happened.

However, the faith that the Bab preached was not executed. She was released, having found her supporters. One of them was Hussein Ali i-Nuri, known as Bahá'u'lláh ("Light of the Highest"). In 1868, along with other adherents of the new faith, by order of the Turkish Sultan, Bahá'u'lláh was exiled to Akko.

At first, the supervision of the exiles was rather strict, but over time, their conditions of detention softened. They were allowed to settle in Akko and Haifa, communicate with the local population, and practice various crafts.

As a result, the followers of the Bab began to live the lives of ordinary people, but following their faith, gaining more and more followers. Pilgrims from all over the world have increasingly come to visit Bahá'u'lláh.

Before his death, Bahá'u'lláh bequeathed to his son and faithful follower Abdu'l-Bahá to reburial the remains of the Bab in Haifa on the slope of Mount Carmel. In 1909, Abdul-Bahe fulfilled his father's will. 60 years after Bab's death, his remains were transported to Haifa. A small marble tomb was erected at the burial site.

This was until the Canadian architect William Maxwell, a follower of the Bahá'í teachings, took over. Maxwell found it interesting to combine the oriental style with the Bezar style, mixed with the Italian Renaissance and French Baroque. The result of this creation is a snow-white building, with light columns, graceful arches, and a gilded dome, towering on Mount Carmel since 1953.

In 1987, the Center for the Bahá'í Religion in Haifa decided to surround the Tomb of the Bab with gardens. The landscape of Mount Carmel itself suggested what the gardens should look like: in the form of terraces descending and ascending like a staircase. The idea of ​​building the gardens was realized by the Bahai architect of Iranian origin Fariborz Sahba.

OPENING OF THE BAHAI GARDENS IN HAIFA 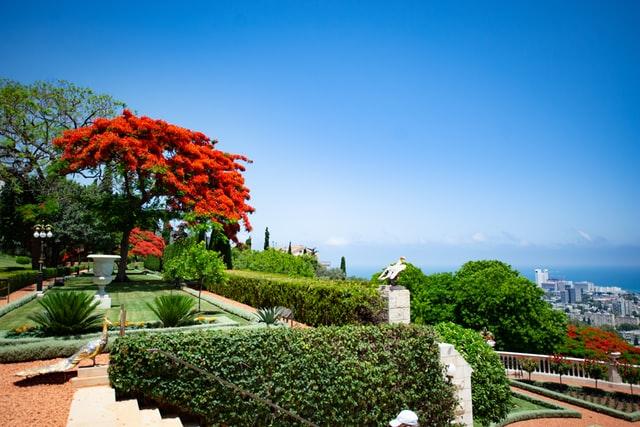 The grand opening of the Bahai Gardens complex in Haifa took place in May 2001. The area of ​​the gardens is more than 200,000 square meters, the length of the terraces from top to bottom is about a kilometer, and the plant wealth placed in them evokes the idea of ​​a Garden of Eden.

The Tomb of the Bab is located on 10 terraces, 9 terraces rise from it and 9 go down. The gardens are believed to symbolize the prophet surrounded by his first 18 disciples.

The cost of building the Bahai Gardens is estimated at $ 250 million. The gardens were built with voluntary donations exclusively from Bahá'í devotees throughout the world. Bahá'ís will not accept donations from others. Currently, Baha'ism has more than five million followers living in 230 countries around the world.

The Bahá'ís themselves call the gardens “a gift to humanity”. The clarity of the architectural lines, the beauty of the natural landscape, the tranquility and serenity of the Bahai Gardens cannot but admire. In 2008, the Bahai Gardens were inscribed on the UNESCO World Heritage List.

The Bahá'í World Center in Haifa is open to the public. The center offers free guided tours six days a week (except Wednesdays) in four languages: Russian, English, Hebrew, and Arabic. The schedule of excursions and the rules for visiting the center can be found on the official website of the Bahai Gardens.

BOOK YOUR PRIVATE TOUR TO THE BAHAI GARDENS IN HAIFA