The Nativity Church in Bethlehem

Bethlehem is a small town located on a rocky hill south of Jerusalem, overgrown with vineyards, olive groves, almond trees, and fig trees. The inhabitants of Bethlehem, remote from the important caravan routes of antiquity, led mainly a pastoral and agricultural life. Bethlehem left a mark already in the Old Testament history. On the northern outskirts of the city is the grave of the beautiful Rachel, the wife of the forefather Jacob. Over the tomb revered by Jews, Christians, and Muslims, in the 18th century. a domed structure was built.

During the period of the Judges, the family of Elimelech and Naomi moved from Bethlehem to Moab during a famine, and their son then married there the Moabite Ruth. After her husband's death, Ruth, not wanting to leave her mother-in-law, followed her to Bethlehem. In Bethlehem, Ruth was picking up the fallen ears in the field of her wealthy husband-in-law Boaz to feed her mother-in-law and herself. Boaz subsequently took her as his wife. Ruth gave birth to a son “and they called his name Obed. He is the father of Jesse, the father of David ”(Ruth 1-4).

In Bethlehem, David was born to Jesse's family and was anointed by the prophet Samuel. From Bethlehem, King Saul called David to play the harp when an evil spirit attacked Saul (1 Samuel 16: 14-23).

In the city of David, a well has been preserved that is associated with the name of David and reminds of his struggle with the Philistines (2 Samuel 23: 8-17).

750 years before the birth of Christ, the prophet Micah announced that the then insignificant village of Bethlehem would become the birthplace of the Messiah (Micah 5: 2-5).

During the reign of the Roman emperor Augustus and in the days of King Herod, when a census of the population was carried out throughout the land, the righteous Joseph the Betrothed with the Blessed Virgin Mary came to Bethlehem from Nazareth, because he was from the house and family of David. Here, in Bethlehem, the Savior of the world, the Lord Jesus Christ, was born (Matt. 1: 18-25; Luke 2: 1-7).

On the night of Christmas, the shepherds guarding the flock in the vicinity of Bethlehem heard the angelic message about the Coming into the world of the Savior: “... now a Savior was born to you in the city of David, who is Christ the Lord; and here is a sign for you: you will find the Swaddling Baby lying in the manger. And suddenly there appeared with the Angel a large army of heaven, glorifying God and crying: Glory to God in the highest, and on earth peace, goodwill in men! " Leaving the flock, the shepherds hastened to Bethlehem to worship the born Christ.

On the eighth day in Bethlehem, the Divine Infant was circumcised and he was named Jesus (Luke 2:21). After the return of the Mother of God with the Child and Joseph from Jerusalem to Bethlehem after completing the required rite in the Jerusalem temple on the fortieth day, the Magi, following the star, came with gifts to Bethlehem to worship the born Christ (Matt. 2: 1-12).

After the departure of the Magi, Joseph with the Mother of God and the Child fled from Bethlehem to Egypt at the behest of an angel, and the angry King Herod ordered to kill all the babies in Bethlehem aged two years and younger (Matt. 2: 13-18).

Near the Bethlehem nativity scene, on the site of an ancient city cemetery, today the relics of the Bethlehem babies - martyrs - rest.

In the temple complex, next to the cave of the Nativity, there are caves that the Christian tradition associates with the memory of Blessed Jerome (+ 420), the famous exegete and author of the Latin translation of the Holy Scriptures (Vulgate), as well as with the memory of his spiritual daughters, Blessed Paul and Eustochia.

From the Basilica of Bethlehem in a few minutes, you can reach the Shepherds' Field, where on the night of Christmas the angels announced to the shepherds the birth of the Savior, and where the events from the Book of Ruth unfolded in Old Testament times.

The Bethlehem Icon of the Mother of God was donated to the Basilica of the Nativity of Christ by the Russian Imperial House (the exact date is unknown). Her robe is made of the dress of the Monk Martyr Elizabeth (Grand Duchess Elizabeth Feodorovna Romanova, 1864-1918). The holy image of Russian writing. Its peculiarity is that it is the only one of the glorified icons of the Mother of God on which the Blessed Virgin smiles. The icon belongs to the icon-painting type "Hodegetria", which is translated from Greek as "Guide". 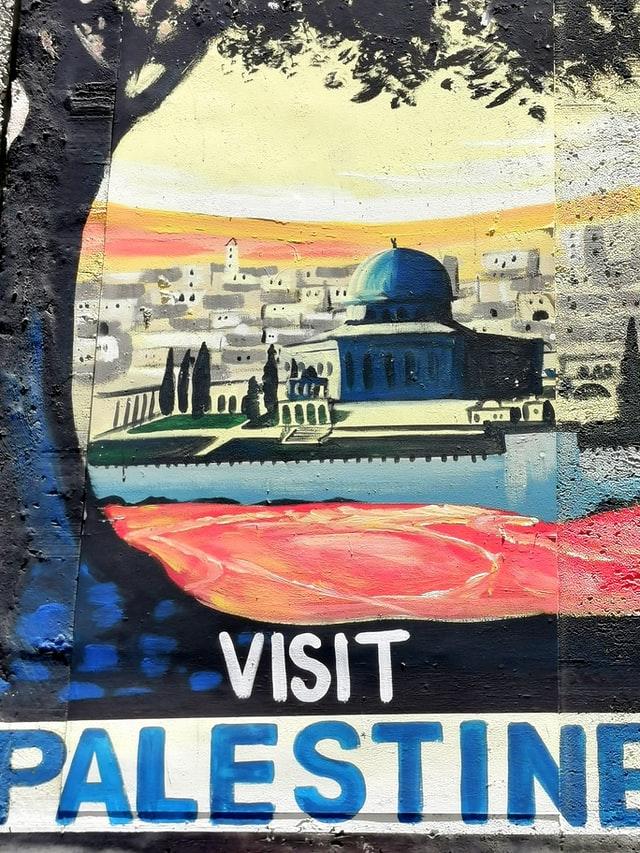 Already in our time, the Bethlehem icon has become famous for many miracles. She is highly revered in Palestine, not only by Christians but also by the Muslim population, as well as by numerous pilgrims from all over the world. According to the established tradition, in front of this icon, located in front of the entrance to the cave, where Christ the Savior was born from the Most-Pure Virgin, they pray for the gift of children, in general for their well-being, and the well-being of the family.

Book your private tour to Bethlehem and visit the Nativity Church today!