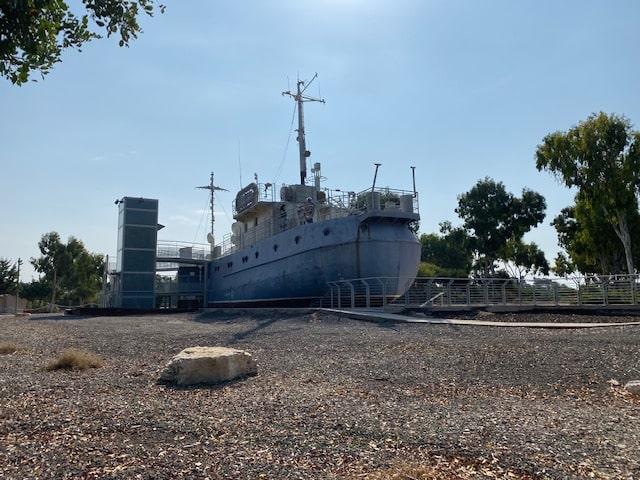 On the western coast of Israel, just 19 km south of Haifa, during the 1930' and 1940' the Atlit Detention Camp was a British detention center for illegal Jewish immigrants who were searching for refuge during the first and second world war in Palestine, the land was under the British mandate and jews had only a limited number of certificates(official permissions to immigrate) which they could use, all the rest were considered illegal, therefore they were caught and kept during 1 year. today Atlit is one of the most interesting visitor centers and a very important Jewish heritage site.

After the Nazis came to power, the Jewish population of Europe and North Africa begun fleeing their homes and trying to escape the concentration camps, around 140,000 people decided to search for a place and leave the burning flames, Palestine was on of the options but controlled by the British mandate, the Jews who chose this direction were called "Maapilim" meaning, to immigrant the promised land.

Since the British provided only 10,000 permits for immigrants, jews coming to Palestine without a permit were detained in camps like Atlit and kept as prisoners for a year, the picture was horrifying and quite similar to the concentration camps in Europe, nevertheless, no one was killed in the detention camps.

Atlit was operational by the British until 1945 and liberated by Jewish forces later. after 1945 the camp was used to provide jews a possible stop while searching for a place to live in Palestine and later in Israel, this time it was controlled by the Jewish forces.

The site became a Jewish heritage center in 1988, today you can visit Atlit detention camp and learn about the illegal Jewish immigration before Israel was established and walk threw the original barracks, showers, disinfecting cells, and watch a movie in a restored ship witch brought the immigrants to the coast of Palestine.