ISRAEL - THE MOST UNCOMPROMISING SAFETY AND SECURITY IN THE MIDDLE EAST

THE UNCOMPROMISING SECURITY OF THE STATE OF ISRAEL 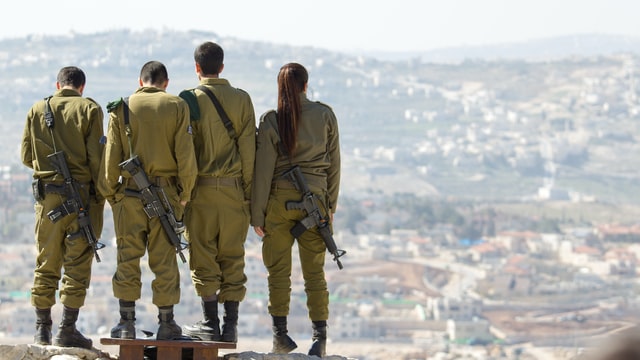 In recent days, it seems that there are no more peaceful places in the world where peace reigns. You wonder whether it's worth leaving your hometown at all. And how you want to wave to the sea in winter, spend time under the rays of the sun on the hot sand, take a walk along the embankment, sit serenely in a cafe ... But then montage - after all, fly by plane! And it is still unknown what awaits in a foreign country. And, most importantly, where to go now if it is dangerous everywhere? One of the most comfortable places for tourists paradoxically is Israel. It is in this country that incredibly close attention is paid to security and huge funds are invested in its development. The main airport Ben Gurion is not for nothing recognized as the most protected from terrorism in the world. You can't get on an Israeli bus without a special check from a security guard. Everywhere there are security checks and cameras, the police, and the army. Find out everything and I mean everything about how Israel provides security and catch additional tips for tourists for a cloudless and safe vacation in Israel ;-)

Ben Gurion Airport in Israel is the standard of safety. To get to its territory, you will have to go through a multi-stage verification system. In addition to stopping and inspecting cars a few kilometers before their territory, psychologists talk with the driver and passengers, special services may ask for passports. In the parking lot, of course, there are cameras. There are metal detectors at the entrance to the building. The airport is staffed by security guards, police, soldiers of the IDF army, dressed in uniform and civilian clothes, trained to identify a terrorist by the minimum number of signs.

Before checking in for a flight, you must pass a psychological test and answer a bunch of questions: about your personal life, about acquaintances, about luggage and hand luggage, about who packed your suitcase, what did you do in Israel, where you are flying, etc. The conversation can be very long and tiring. But this is all about your own safety. Suitcases are also carefully checked for the presence of explosive chemicals before boarding the aircraft.

If you are flying to Israel, from any place in the world, then before receiving your boarding pass you will also have to talk to a security officer. This is the rule for all Israeli flights in all countries.

BTW! Armed guards accompany the flights on Israeli planes. The cockpits are protected by bulletproof doors. It is also known that all Israeli aircraft are equipped with anti-missile equipment. It will also not be possible to knock them off the ground.

RESIDENTS ARE PROTECTED BY THE HOME FRONT COMMAND

After the Gulf War in the 90', the Military Directorate for the Protection of Israeli Citizens "Home Front Command" was born in 1992. The office is divided into 6 districts: Central, Dan, North, Haifa, Jerusalem, South. This military department is called upon to promptly protect people from outside bombing, terrorist attacks inside the country. They also regularly conduct exercises, checking the work of sirens, emergency rescue and medical services, and stage mass evacuations. According to their recommendations, every family should have gas masks, although the possibility of chemical attacks is minimal. Yes, the Israelis are very meticulous about any possible danger!

"Iron Dome" system - The Israeli pride! this system shooting down all the missiles launched from the Gaza strip!

BTW! In Israel, chemical attack protection kits are even produced for animals. The pet gas mask is a container with a filtration and ventilation system, just like for babies.

Each apartment has an armored room called " Mamad"  where you can hide in case of danger or rocket attack. For iPhone owners, special applications have been released that notify the predicted places and times of airstrikes during conflicts. Hearing-impaired people are notified by special SMS. Everything is clear!

At the entrance to any supermarket, shop, cafe, a person passes through the "frame". They check him with a metal detector and inspect things. Body searches are common in Israel in any public place. Do not be indignant, thinking that you are suspected of something. This is all for the sake of protection from attacks and terrorist attacks. Impeccable security in banks, schools, hotels, shopping malls, and entertainment centers. the security guard can be armed or not, but he must have passed special training or service in combat army units.

Often, the authorities checking the guards and arrange special tests with dummy bombs, and attempts to pass without a search. Security guards are always on the alert and ready to neutralize the terrorist.

BTW! Places with a large number of tourists, attractions, shrines, temples in Israel are patrolled by the tourist police. There are armed guards at the entrances to all hotels. In Israel, you will not find trash cans on the street - to exclude the possibility of terrorist attacks and random explosions.

TRANSPORT SECURITY - UNDER THE WING OF THE IDF

Armed security services work very carefully at train stations and bus stations. There have been numerous cases of terrorist attacks and attacks on people in Israel's public transport. Therefore, recently it was decided to strengthen the security on the buses. For example, in Jerusalem, 300 IDF soldiers provide security under the command of the Jerusalem District Police. People are specially trained to recognize possible terrorists, to subtly capture the nuances of the behavior of a person who has entered the bus, to notice any potential danger, and to react instantly.

A person is assessed not only visually, but also during a conversation. Entering the bus, you need to answer the questions of the security, which in the meantime determines the possibility of a threat.

BTW! Israel's buses have special devices that catch explosives and keep terrorists out. The side windows of border crossing vehicles are bulletproof.

A couple more comforting facts and tips for tourists:

☻ In the evenings, all city streets are well-lit. There are practically no dark lanes. Parks and alleys are also cozy and safe.

☻ In Israel, you will not meet a group of drunken young people even on a national holiday. Drinking alcohol in public places is prohibited.

☻ At train stations, at the airport, photography is not allowed. It is better not even to uncover the camera.

☻ Do not leave your belongings and luggage unattended. This can be regarded as a terrorist act.

☻ In case of an emergency, you can call the police by dialing “100” from any phone.

☻ Always have your passport with you.

☻ When communicating with law enforcement agencies, do not joke or be rude.

And finally, I will say that while vacationing in Israel, you'll feel much safer than at home. I hope I calmed you down to the state of Buddha too :) I wish you a fabulous and safe stay in Israel!