The coast of the Mediterranean sea gives us the option to enjoy a lot of fresh air, unlike other crowded places with many people and noise. I will open for you a new Israel on my private Caesarea, Haifa, and Acre tour with its cultural heritage from the times of the Roman Empire, the Templars, and the Ancient Greek period, and I also open to you the wonderful world of the youngest Baha'i religion.

Caesarea, Acre, and the northern capital of our country, Haifa, must include three main directions:

If you want to experience a private Caesarea, Haifa, and Acre tour, you should consider that it is most convenient to move around the region and narrow streets of cities with a tour guide in Israel on a car that has all the permission of the ministry of tourism and transportation. I will provide you with not only a live program but also the closest location to the parking facilities, which a regular car or a taxi cannot offer. 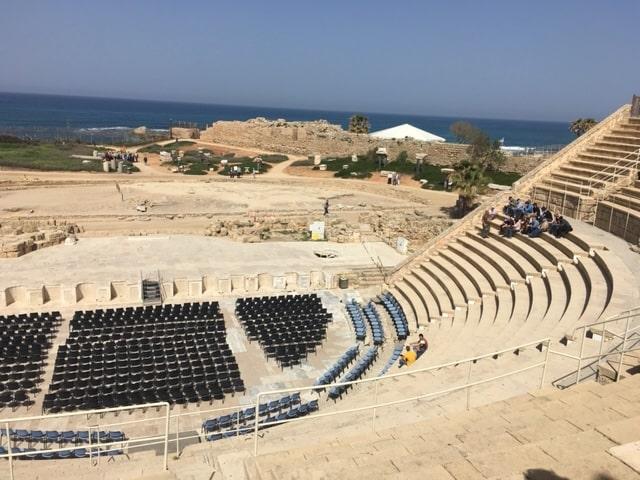 Just 40 minutes away from Tel Aviv we will arrive in Caesarea national park, in the ancient maps of northern Israel the city was called Straton tower or Caesarea Maritima. the city was renamed in honor of the Roman emperor, Caesar Augustus

Caesarea was handed to King Herods the great in 29 BCE and ever since the city began to change from a pagan city to a classic roman, the king constructed the main classic buildings such as the Roman amphitheater for plays and singing, hippodrome for horse racing, and gladiator fights, roman baths for relaxing and spa treatments, storerooms, markets, wide roads, temples to Rome and Augustus and on the other side of the port his famous palace.

Caesarea was the ultimate place to host the biggest sports events and gladiator fights in the middle east!

Today we will explore not only the main buildings from the Herodian period but also a very important discovery from the 60', the Pilate Stone, the only archaeological item that mentions the Roman prefect Pontius Pilate, by whose order Jesus was crucified! from here he went to Jerusalem to finish the trial.

People admiring a good piece of art are welcome to visit the Railey museum, this is the right place to enjoy Israeli and international art without driving to the Israeli museum in Jerusalem, for adventurers who look for interesting and unique things to do in Caesarea I offer an exciting 1-hour diving trip to look up for treasures from ancient times in the heart of the harbor of Caesarea.

There is a museum presenting a short movie about the history of the city and the great king Herods and also the exhibition of different items which were found in Caesarea.

I am your private tour guide in Israel and I propose to make a trip to this hospitable and very interesting region of Israel. My author's individual Caesarea, Haifa, and Acre Tour from Tel Aviv or any other city do not contain a monotonous presentation of well-known information but are filled with living legends, fascinating stories, and tales of mystical events.

I am your tour guide in Israel and I propose to make a trip to this hospitable and very interesting region of Israel. My author's individual Caesarea, Haifa, and Akko tours from Tel Aviv or any other city do not contain a monotonous presentation of well-known information but are filled with living legends, fascinating stories, and tales of mystical events. 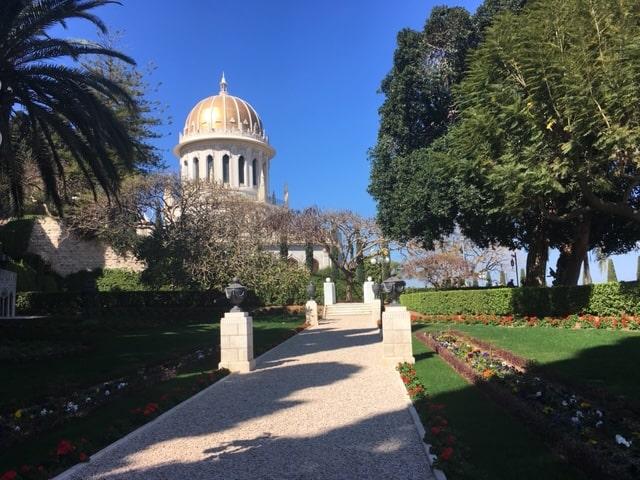 People are ofter ask, what to do in Haifa? , Visiting the northern capital of Israel will surprise you with the unusual abundance of greenery and saturation with modern life in Israel and don't forget the amazing weather in Haifa!!!. However, the most important sight of the northern capital is the Bahai Gardens.

These magically beautiful terraces are located on the slope of Mount Carmel on the grave of the founder of the Baha'i religion. Persian gardens have become a truly new wonder of the world and represent a unique architectural complex consisting of harmoniously planned flowerbeds, quaint flowerpots, and fountains. The Bahai gardens of Israel will amaze you with incredible calmness and harmony.

I will take you to the mausoleum of Baha Ula the founder of the 4th monotheistic religion and we will discuss an amazing story about unity and peace while watching over the port and the city of Haifa from the top of the Carmel mount.

Continue our private Caesarea, Haifa, and acre excursion we will visit Stella Maris, on the top of the Carmel we will enter the cave of Elijah, this is a grotto that appears in the bible and the place where Elijah took shelter during a journey into the wilderness.

Before start moving down to the coast we will see a memorial of Napoleon's soldiers and learn about the journey to the promised land of Napoleon.

Having spent a whole day in Caesarea, Haifa, and Acre in a leisurely acquaintance with the history of the Roman government of Judea, we will visit the places where the palace of one of the most famous Procurators of Rome, Pontius Pilate, we will walk through the halls of the Crusaders and tunnels of the Hospitallers in Akko with a length of more than 350 meters that lead from the Templar fortress to the port.

Walking in Acre along the stone paths paved by the Crusaders we will try to unravel all the secrets of this ancient port city, along the quays of which the foot of King Richard the Lionheart, the emperor of Napoleon, and Alexander the Great's comrade-in-arms Ptolemy stepped.

Feel the whole color of the mixture of ancient civilizations, religions, and cultures best in the eastern market of Acre. Here we can feel and even taste the centuries-old cultural heritage of the cradle of mankind.

I am your tour guide in Israel and I will do everything to make our trip to the north of Israel coast unforgettable and leave memories for a lifetime. 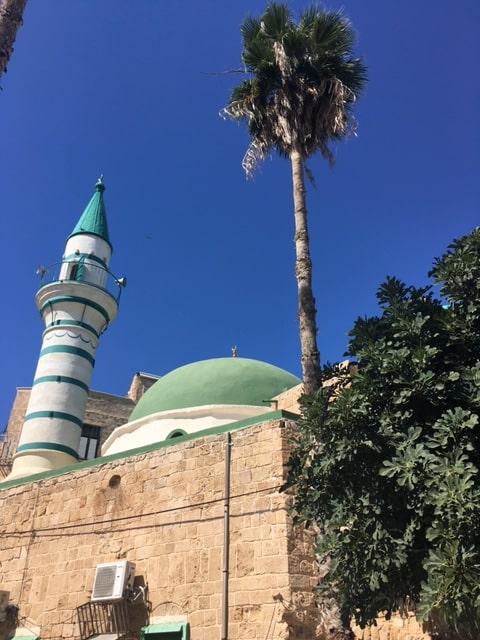 The third step of my private Western Galilee tour is Akko, a world heritage site! prepare to be amazed! ancient cities are always thrilling with their history and heritage but Akko is a picture in motion,
We will begin from the big Al Jazar mosque and learn about Islam and the mighty ruler Ahmed al Jazar, continue through the market of the old city and enjoy the best hummus in Israel while watching the fishermen taking fresh fish out of the sea, and continue to admire the ottoman heritage and the public baths but most of all learn and explore the biggest layer preserved from the times of the crusaders.

The biggest mark that was left by the mighty crusaders who made acre their capital, the huge overwhelming construction will amaze you, visiting the crusaders' halls and the central caste with great renovated shops from the past and secret tunnels to escape while fighting straight to the port.
Finishing the Western Galilee private tour with a relaxing walking on the walls of Acre while discussing the last battle of Napoleon and creating memories with amazing photos of the sunset.
Highlights:

•Market of the old city