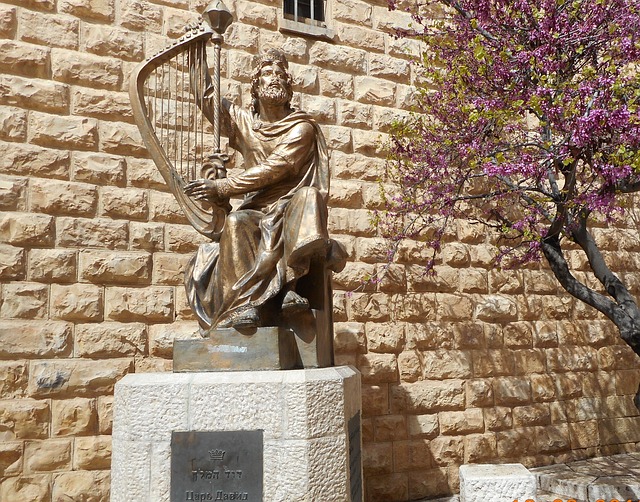 Outside the walls of the old city, there is a magical and quiet place called Mount Zion, According to the Jewish tradition, we believe that the Great King of Israel was buried here, but is it true?

Where was King David buried?

Tradition links the tomb of David with Mount Zion. Zion is part of the legendary city of David, however, the exact burial place of King David is unknown.

Most likely King David was buried near the city he founded, i.e. in the area of ​​the present village of Siluan, south of the walls of the modern old city.

Where is Mount Zion?

Ancient Zion was destroyed and forgotten in ancient times, but for the Jews, it has always remained a symbol and synonym for Jerusalem.
Modern Mount Zion is part of the Upper City during the time of King Herod and Jesus. In more ancient times, this area was called the Western Hill and was located from outside the city of King David between the valleys of the Gay and Kidron rivers, opposite the Temple Mount.

After the Romans' destruction of Jerusalem and the Jewish Temple in 70 AD, after the Bar Kokhva revolt, Jewish Jerusalem and Zion ceased to exist by the middle of the 2nd century AD. Above the ruins of Jerusalem, the Romans built a new city - Aelia Capitolina. Approximately 200 years later, the first Christian buildings appeared in the city, and the holy evangelical places associated with the stay of Jesus Christ in Jerusalem were identified.

At this time, the tradition of the new Zion appears. The area of ​​the city in which Christians lived - the slope of the mountain around the Church of the Holy Sepulcher and further south to the valley of the Kidron Valley - was now called Mount Zion.

Today, Mount Zion, we call only the site not included by the Turks in the 16th century within the city walls.
And the most famous and visited place on Mount Zion is the Tomb of King David with the chamber of the Last Supper above it.

Is David buried there? - most probably not

When did the tradition start? - after the end of the Crusades, under the Mamluk Muslim rulers of Jerusalem in the 14th century.

Many legendary heroes of the Hebrew Bible and the Gospel are venerated by the Muslims, among them: Abraham (Ibrahim), Moses (Musa), David (Daud), Solomon (Suleiman), Jesus (Isa), Mary (Miriam).

The Tomb of David, marked by a large stone sarcophagus (in Hebrew, such structures are called Matzeva) was built on the lower floor of a mosque erected here in the 14-15th centuries.

It was in the spirit of the times. Similar structures of those times have come down to us - Nebi Mussa - the Tomb of Moses in the Judean desert east of Jerusalem, Nebi Samuel - the tomb of the prophet Samuel in the Judean mountains west of Jerusalem. After the expulsion of the Crusaders, these were the iconic buildings of the Mamelukes in the Holy Land.

At the same historical time, next to Mount Zion and the tomb of David, through the efforts of the famous Rabbi Moshe ben Nachman (Ramban), a Jewish quarter appears in Jerusalem, which is located in this place to this day.

Did the Jews who lived under the rule of Muslims, and since 1921 under British rule, visit David's grave? Yes, but the main places where Jews prayed for centuries were the Wailing Wall, the graves of the Forefathers in Hebron, Rachel's grave in Bethlehem, and Yosef's grave in Shechem. Jewish pilgrims from all over the world flocked to these places. These graves have had a tradition of pilgrimage for thousands of years.

During the 1947-1949 War of Independence, Jews were expelled from all the holy places that we mentioned, except for the tomb of David on Mount Zion.

According to the 1949 agreements between Israel and Jordan, Mount Zion was defined as "unpopulated no man's land", in any case, there were Arab Muslim owners of David's Tomb - the Dajani family, neighbors: Franciscan monks and German monks of the Dormition Abbey, and it was definitely unsafe. Recall that the entire old city, including the Jewish quarter and the Wailing Wall, was occupied by Jordan.

In the 1950s, the mayor's office of the Jewish part of Jerusalem and enthusiasts from the Ministry of Religious Affairs made the young state's most important Jewish holy site from David's Tomb.

Here they organized collective prayers and celebrated Jewish holidays, built an observation deck for thrill-seekers, overlooking the old city and the Wailing Wall, the Temple, and the Olives. Visitors risked going up here to get hit by Jordanian snipers.

The people's museum of Judaica and the first museum in Israel dedicated to the memory of the victims of the catastrophe in the recent war appear next to the tomb of David.

Over the tomb of King David, on the roof, in the early 1950s, even an impromptu reception room for the President of the State of Israel was arranged, the inscription about this remains to this day, even though in the past two decades the entire complex, including the tomb of David and the room of the Last Supper, restored outside and inside, in preparation for the visits of popes from the Vatican.

Definitely, visiting the grave of King David before 1967 was unsafe and not entirely legal from the point of view of international law. Definitely - for the majority of Jews, it was at this time that the cult of the tomb of King David was created, as a saint, as the holiest at that time, a Jewish place in Jerusalem.

Verification of the authenticity of David's grave?

Tourists today willingly visit the Tomb of David. Listen to my stories. Admire the lurid monument to the Jewish King David, installed in the courtyard, contrary to Jewish tradition. Tourists are surprised. Something is charming...

The statue of King David - Please note that some of the strings on the harp were broken by the local Jewish student youth, angry at the violation of the prohibition on creating idols (among the people, such students are called Yeshibotniks - yeshiva students).