The Wailing Wall is Judaism's holiest site. The latter is, more precisely, the Second Temple, which, like the First, is built on the Temple Mount. The significance of this Wall is unique: it is all that remains of the Temple, but according to the midrash, the Divine presence never leaves the Wall.

The Wailing Wall is a fragment of the Temple Mount's fortifications - all that remains of the destruction of Jerusalem and the Second Temple by the Romans, led by Emperor Titus, during the First Jewish War in 70 AD.

LOCATION AND CONSTRUCTION HISTORY OF THE WESTERN WALL 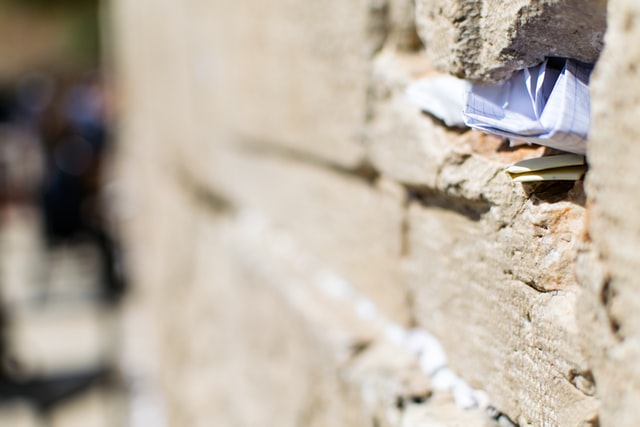 Typically, the Wailing Wall is regarded as a 57-meter-long fragment of the ancient wall on the western slope of the Temple Mount, the facade of which overlooks the square in Jerusalem's Jewish Quarter. However, the Western Wall's total length is 498 meters. It's just that it's mostly blocked off by houses that have clung to the slope. Another visible southern fragment of the wall is 80 meters long, and a very small 8-meter fragment (Small Wall) can already be found in the Muslim Quarter, not far from the Damascus Gate.

According to the Holy Bible, the Second Temple was built and consecrated in 516 BC, 50 years after the destruction of Solomon's First Temple by the Babylonians. Around 19 BC. e., Herod the Great launched a large-scale project to expand the Temple Mount, expanding not only the Temple itself but also the plateau on which it was built (the natural relief was expanded artificially). This is how the Temple Mount got its current shape. A retaining wall ran around the mountain's perimeter, supporting the embankment that was used to expand its area. A section of this retaining wall is known as the Wailing Wall. Herod, on the other hand, never finished the Wall. According to the historian Josephus Flavius, the construction was completed only during the reign of King Agrippa II, Herod's great-grandson.

The Wall was constructed a long time after the Temple was destroyed. During the reign of the Umayyad dynasty in the 7th century AD, the wall grew by four new layers as the lower rows of Herod's masonry gradually went underground.

During the Ottoman period, fourteen new layers of masonry appeared, and three more appeared in the middle of the twentieth century.

The Wall now has 45 stone layers, 28 aboveground, and 17 underground. The seven above-ground layers are thought to date back to Herod's reign.

WESTERN WALL ORIGIN OF THE NAME 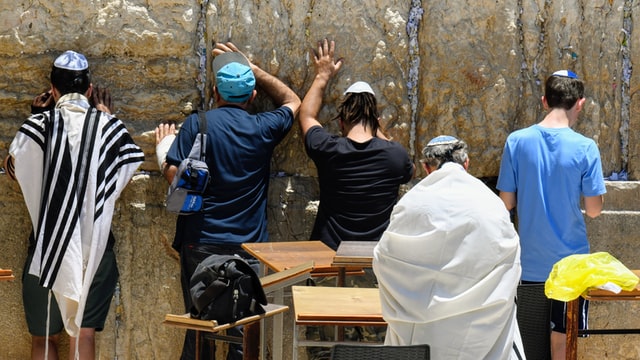 From the perspective of Jewish tradition, the Wailing Wall is a conditional term that comes from the Arabs. The Hebrew name is "Kotel Maaravi " (Western Wall), and the English name is simply Kotel (wall). To put it another way, if you ask a religious Jew in Jerusalem where the Wailing Wall is, he is unlikely to understand you.

When the Arabs saw the Jews praying to the Almighty and mourning the destruction of the Temple, they called it "El-Mabka", which means "The Place of Wailing" or "The Wailing Wall." It was derived from them and was integrated into several other languages, including Russian and English.

THE MODERN MEANING OF THE WESTERN WALL 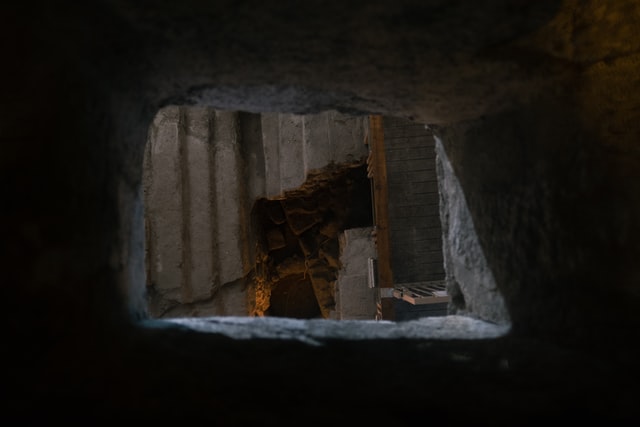 For many centuries, the wall has been a symbol of faith and hope for many generations of Jews, serving as a focal point for pilgrimage and prayer. True, there were times in modern history when believers were not permitted to visit this shrine, such as from 1948 to 1967, when Jordan controlled East Jerusalem and the Western Wall.

In addition, ceremonial events such as Bar Mitzvah for boys and Bat Mitzvah for girls are held on the square near the wall. Independence Day and Jerusalem Day ceremonies are also held here, and IDF recruits take the oath at the Wall.

At the same time, visitors from all over the world arrive to leave their notes. Over a million such prayers to the Almighty are placed in the cracks between the stones of the Wailing Wall each year. Notes are placed not only on the Wall's exterior but also in its tunnel, which can only be accessed via private tours to the western wall tunnnels. Some people send messages to the Rabbi of the Western Wall, Shmuel Rabinovich, from afar. There are even special services in Israel for sending messages via fax or the Internet. Because prayer notes are not permitted to be thrown away under Jewish law, they are buried twice a year in the Jewish cemetery on the Mount of Olives.

VIEWS OF VARIOUS RELIGIOUS DENOMINATIONS ABOUT THE WAILING WALL IN JERUSALEM

They vary widely, which in some cases serves as a source of conflict.

THE WESTERN WALL IN JUDAISM

Almost all religious and secular Jews regard the Wall as Judaism's most important center. However, there are exceptions to a specific plan among the ultra-Orthodox. For example, the Satmar Hasidim believe that the sanctity of this place is being degraded because Israeli authorities have turned the Wall into a tourist site. There are also some contradictions regarding the ascent to the Temple Mount: while the prevailing position in the 20th century was that Jews should not climb there, the opposite point of view has become increasingly popular in recent years. However, almost all ultra-Orthodox and religious Zionists oppose the rise. Their motivation stems from the fact that, according to Torah law, one must be in a state of complete ritual purity on the Temple Mount (and cleanse oneself with red cow ash), which does not appear to be feasible.

THE WESTERN WALL IN CHRISTIANITY

Everything is difficult here. According to some researchers, after the Christian conquest of Jerusalem in the 4th century, the "place of worship" was relocated from the Temple Mount to the Church of the Holy Sepulcher. However, many Christians have visited the Wall in recent years, including "pillars" of Christianity such as Pope John Paul II and Pope Benedict XVI. They visited the Wailing Wall and left prayer notes there over the years. Hillary Clinton and Barack Obama, by the way, did the same thing.

There are also Christian Zionists who believe that building the Third Temple will ensure the Second return of the Messiah. However, this is beyond the scope of the comments.

THE WESTERN WALL IN ISLAM

Muslims have always fought for their right to visit the Western Wall. They use the claim that the Islamic prophet Muhammad tied his winged horse, Burak, here as an argument. This is supported by the fact that the "Qubbat al-Sakhra" mosque is located above, on the site of the First Temple, and contains a protruding stone from which the Prophet Muhammad ascended to heaven on that very horse.

At one point, the Egyptian Muslim authority, Mufti Nasr Fradid Wassel, stated that the Western Wall would be forever granted to Islam because it is part of the western wall of the Al-Aqsa mosque.

1. What is happening at the Western Wall today? Today, Jews pray in the Western Wall plaza, which is accessible via the Jewish Quarter or the Dung Gate for free. Throughout the day, everyone, regardless of religion or race, is welcome to visit, including the synagogue located along the Western Wall.

3. Why was the Western Wall built? The Western Wall was constructed to support King Herod's Temple Mount compound. The wall is one of the project's four retaining walls.

4.How to get to the wailing wall(Hakotel Hamaaravi)?Access to the Western Wall is possible via the Muslim Quarter (Hagai Street), the Jewish Quarter, or the Dung Gate, which can be reached by car.

5. Why is the Western Wall called the Wailing Wall? The name was most likely given in the Middle Ages because passers-by saw Jews weeping over the destruction of the First and Second Temples, so the name is derived from the word "weep "

THOUGHTS ABOUT THE WAILING WALL

The Wailing Wall is the beating heart of both Jerusalem and Israel. Just don't think of it as a magical wall that grants wishes. You must recognize that you have arrived at something related to the Temple and turn first and foremost to the Almighty. The bottom line is that people from all walks of life visited the Temple, so the Wall is not only open to Jews. The most important thing is to dress appropriately and wash your hands before approaching the Wall. This place is sacred, and being here immerses you in a unique atmosphere. It draws you in and keeps you coming back for more.