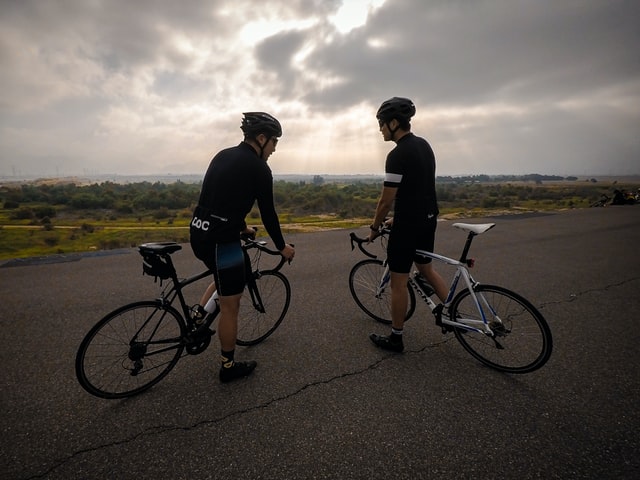 In Eilat, tourists are interested in coral reefs that are so suitable for scuba diving, in Caesarea and on Kibbutz Gaash they can play golf, go downhill skiing in Hermon, visit tennis courts in Ramat Hasharon, take part in windsurfing competitions at sea, and In the Negev desert, cycling enthusiasts are waiting for bike rides, moreover, bike rides in Israel today are arranged from Hermon to Eilat.

In recent years, against the background of the development of cycling tourism and cycling in Israel and around the world, taking into account the advantages of the Negev, the regional council decided to develop this type of tourism as an opportunity to improve the economic situation of the residents of the area. A route has been developed that includes at least 350 kilometers.

The starting points and strongholds for cycling in Israel are Mashavim, Nitzana, and Sde-Boker (where, by the way, David Ben-Gurion is buried). To make tourism possible and safe, cyclists' routes have been cleared, road signs have been installed, there are also points for maintenance and repair of bicycles. Participants are given a route map. Almost all routes require knowledge of the map and the presence of a GPS navigator from the Tour guide (or each of the participants). Here are the cycling routes offered in the Negev: Nahal Bsor and Rehes Boker (in the Central Negev) - this is a circular route with a length of 40 kilometers, an elevation difference of 255 meters, a journey time of 6-8 hours.

The recommended cycling travel period in Israel is autumn, winter-spring, summer period may be too hot. Those who decide to overcome this route in the summer, to avoid trouble, need to stock up on plenty of water and sunburn and sunburn cream. The beginning and end of the route on the territory of the Ashalim moshav.
This route is divided into two parts. The first is flat, mostly with a very gentle, slight rise and the second is mountainous, with rather steep ascents and descents. The track crosses the beds of dry streams Bsor, Harua, Noked, Boker, Zalzal. To the left of the track, you will see very interesting, deep gullies with bizarre shapes and vertical walls.

The Harua parking lot is a well-equipped recreation area, a resting place where you can relax, have a snack, drink freshly brewed tea at tables and in the shade of tall trees. Across the road, there is a gas station with a shop where you can replenish food and water supplies. Further - a run along with highway number 40, which is quite busy even on weekends. The shoulders are wide, but in any case, be careful, attentive, and stick to its edge. At a certain stage, you should leave the road and the second, mountainous part of the route begins. Be prepared for the fact that you have to work hard, overcoming one by one mountain ranges before you reach the finish line. In some places, the route must be overcome exclusively on foot. True, there are not so many such sites. Just after the Bocker signpost, turn left and you will find yourself in the Rehes Bocker Nature Reserve. (According to the recommendations of a fan of cycling tourism in Israel Slava Bazarski).

CYCLING IN SOUTH ISRAEL- THE NEGEV 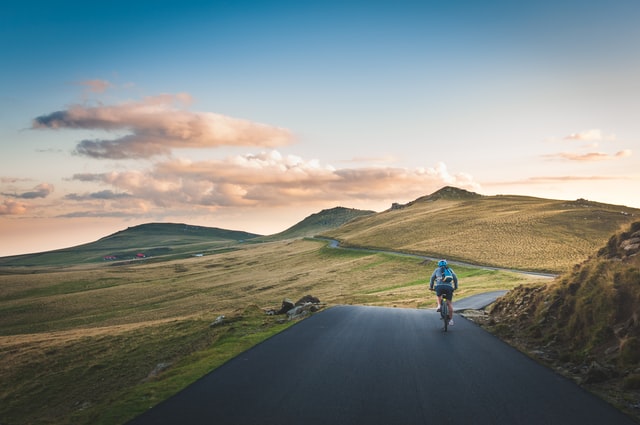 Cycling along the Qing stream - Ein Tamar moshav (Eastern Negev and Arava deserts). The length is 37 kilometers. The recommended period is winter-spring. During the rainy season, make sure that floods are not expected in the area, they are rapid and dangerous. In summer, of course, it is very hot. This route is not circular. The beginning of the route is an impromptu parking lot at the bottom of Maale Akrabim(The Scorpion Path), at the intersection of road 227 and the sign to "Nakhal Qing", the end is a little before the entrance to the Ein Tamar moshav, where the army barrier is located, and immediately behind it, on the right, there is a large parking lot, it will be visible from the road.

Moshav Ashalim - Shivta (Central Negev) - Circular route 35 kilometers long. A wonderful route is suitable for almost everyone, it can be considered both a “family and local history” weekend route and a “sports and local history” route for bikers. It all depends on the pace of movement. The roads in those places are passable both uphill and downhill for people with any physical training. A family with children, driving a leisurely route, will get maximum pleasure from the silence, desertedness, and grandeur of the desert.

It will be interesting to touch the history called "Shivta" and explore this well-preserved, luxurious once ancient Nabatean city. The Nabateans are ancient Arab nomads who converted to Christianity, who got rich on the transportation of caravans with goods from Egypt to Jordan and back and settled under the influence of circumstances in the rich city of Shivta they built, buried in gardens. Traces of their habitation are scattered along the caravan routes throughout the Negev, but Shivta is something special. It is inferior, in beauty, grandeur, and size, perhaps only to the Jordanian Petra.

Walk along the streets of Shivta, look into churches, monasteries, stables, residential and industrial buildings, and see the drainage pool. The city is well preserved and makes a very strong impression. It is quite large, perfectly organized, and planned, it is felt that people knew their business, designed and built for centuries and conscientiously. On the way to Shivta there are two attractions - the old Turkish railway, from the road of which only an embankment remained with an almost destroyed railway station, but a well-preserved structure (obviously a tank for steam locomotive water), as well as into an old drainage basin, however, abandoned and heavily overgrown with bushes ...

The entire route runs in the sun, the trees under which one could take shelter can be counted on one hand.
Attention! This route passes through military training grounds, and if you are going to travel not on Friday or Saturday, then you will need approval from the army, preferably in writing, and do not forget that you will definitely need an overnight stay, either in hotels of hospitable Beer Sheva, Mitzpe Ramon or in campsites Arabs.

Another cycling route is Avdat - Mahperot Tsinim - Ein Okev - Midreshet Ben Gurion (Mitspe Ramon district, Central Negev). Roundabout route. Length 46 km, travel time from 6 to 8 hours. The beginning of the route: Avdat (one of the most important cities of the Nabataean kingdom in the past, founded in the 3rd century BC and existed for five hundred years). End: Midreshet Ben Gurion, parking lot near Ben Gurion's grave. The route passes through very beautiful, blooming places in winter, and the "highlight of the program" is the Ein Okev reservoir. Make sure to visit the man-made caves of Mahperot Tsinim. In the middle of the route, there is a very steep descent, about 2 kilometers - Maale Zik. The unevenness of the terrain is hidden there under a thick layer of gypsum powder. Do not try to drive it, it is life-threatening. We go down slowly and carefully, with a bicycle, holding it in our hands.

Midreshet Ben Gurion - mountains (har) Khalukim and Tsarur (Central Negev). Circular route 38.5 kilometers long. This beautiful route can be traveled both along the "long" and "short" paths. The "long" route is longer than the "short" one, by about a third.
The “short” route is well marked by the Reserve Authority. "Long" envisages a branch from it to Mount Khalukim, some sections of which will have to be walked. At one of the points, an observation deck, from which the lunar landscape of the Gan Ha-Psolim reserve, stretching beyond the horizon, opens.

On the territory of Midreshet Ben Gurion there is another observation deck, where you can view the Gan Ha-Psolim reserve, but from a slightly different angle. The grave of Ben Gurion and his wife is there. You can stop by to pay tribute to the old man, as his colleagues called him, to admire the wonderful views from there. On the territory of Midreshet Ben Gurion, you can book a room, but in advance.
Attention! This route also passes through military training grounds, the so-called "Shetah Esh", so if you are not going to travel on weekends, then you will need approval from the army, from the Southern Military District. As for an overnight stay in these places, then you will be gladly received in the "land of craters" (Eretz ha-Makhtesim). 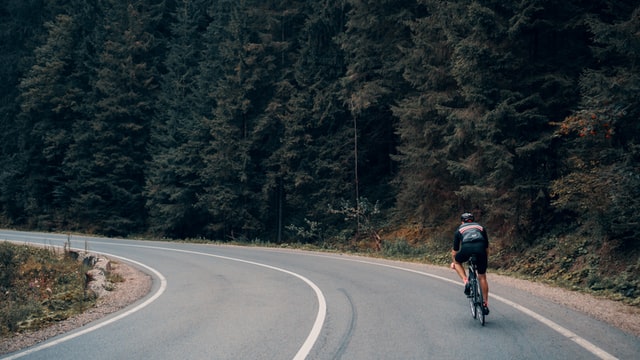 But it is not only in the Negev that people are fond of cycling. The north of Israel is a great place for cycling and serious hikes. So, in the north, the resort village of Neve Ativ, in addition to its winter ski packages, began to offer tourists and bicycle tours in the northern part of the Golan Heights. Neve Ativa has everything you need for cyclists: bike storage, a special area where you can wash them, and services that help with transportation from place to place. Route maps have also been compiled.

Another popular bike excursion is the Nimrod Fortress Trail, which runs through the Golan Heights. (The route is recommended only for well-trained athletes and not suitable for beginners). The route is circular, the length is 46 kilometers, the total climb is 1200 meters. Travel time is 9 hours. (6 hours there, an hour for a halt, lunch, and inspection of the fortress, and 2 hours - the way back). The starting place is Kibbutz Shamir, founded in 1944.

The Nimrod Fortress was built by the Mamluks in the 12th century to defend the road to Damascus and was of great strategic importance. Over the centuries, it passed from hand to hand, hordes of crusaders were replaced by hordes of Turkmens. For a long time, it was inhabited by members of the secret Shiite sect Hashishayun ("Hashishniki"). With the help of hashish, the spiritual leader of the Ismailis, the Old Man of the Mountain, sought loyalty and readiness to go to death. The struggle of Salah ad-Din with the Ismailis ended in peace after the Elder's night visit to Salah ad-Din. The old man even received Richard the Lionheart, in whose eyes he ordered his soldiers to commit suicide until Richard prayed to stop this bloody performance. In 1867, Samuel Clemens, better known to the reader under the pseudonym Mark Twain, visited the Holy Land, including the Nimrod fortress. Later he published a book with his notes and impressions, where, among other things, he wrote: "... as far as we know, these are the most magnificent ruins of this kind in the world."

CYCLING IN THE CENTRAL DISTRICT - TEL AVIV AND THE SURROUNDINGS 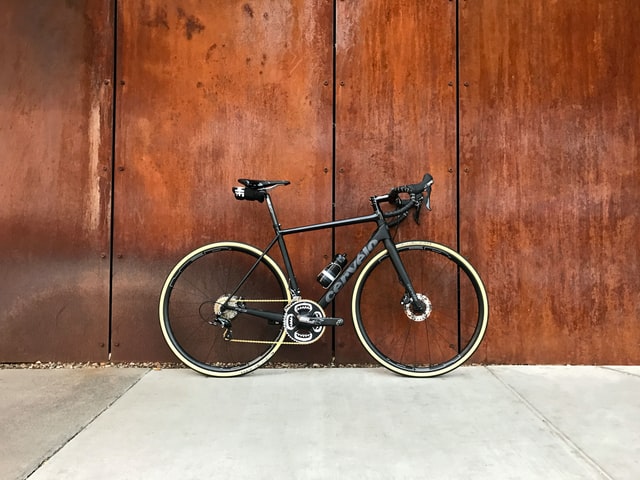 Are you looking for some urban trails to ride along the Mediterranean sea? the coast of Tel Aviv and Jaffa is the perfect place for cycling in Israel, starting from the old port of ancient Jaffa with its famous historical landmarks and continue along the coast of Tel Aviv, explore the promenade with the open-air gyms and finish in the port of Tel Aviv over a cup of coffee. you may also be interested to explore the Kibbuzim outside Tel Aviv and Rehovot there are many off-road trails among fruit orchids and fresh air.

A great bike tour can be designed to hike Timna Park and the surrounding area - also in northern Israel. Here the parking lot ("Yaelim") for cars is open all night, and on the shore of the lake, there is convenient and comfortable camping, which is loved by both families with children and young people. You can stay here also in winter because the tents are heated, there are showers, toilets, running water, and next to the restaurant "Tsar Solomon", where you will be served breakfast and "refueled" you can go for a bike ride!