AKKO - DISCOVER THE PEARL OF THE NORTH 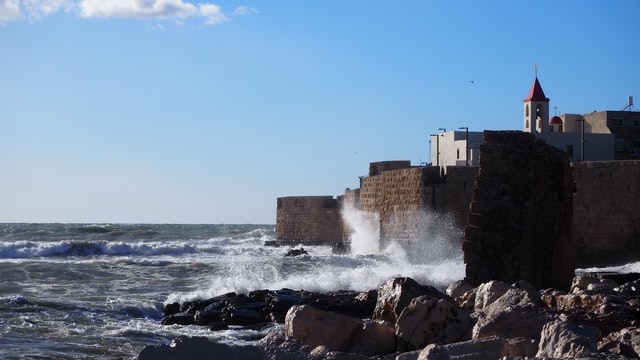 Akko is one of the cities in Israel, whose history has continued, according to archaeologists, almost without interruption for almost 5000 years. Akko was located at the crossroads of international trade routes and therefore has always been a meeting point for many diverse cultures and a strategic location for military campaigns. The exact origin of the name Akko is not known. According to one of the legends, it is believed that the waters of the Flood stopped at the borders of this particular city. Akko is translated from Hebrew as "until now", "up to this place."

With a beautiful natural harbor, Acre has been used as a port since time immemorial. The city changed many owners, periodically changing its names, Assyrians, Persians, Romans, Byzantines, Arabs, Crusaders, Mamluks and Ottomans came to replace the Phoenicians.

The first mention of the city is found already in the ancient Egyptian papyri. The history of Akko is replete with the names of Turkish sultans, Arab city planners, British rulers, and crusader knights. The port city has always been a tasty morsel for conquerors, and each of them contributed to its architecture. This is evidenced by the unique monuments of antiquity: the underground knight's halls, which were once the center of the Teutonic Order and the pride of the capital of Richard the Lionheart in distant Palestine; the Al Jazar Mosque, erected in 1781 on the foundations of the Cathedral of St. John, immortalizing the name of the formidable ruler, the conqueror of Napoleon; Turkish baths, built 200 years ago during the Ottoman period (today it is one of the tourist attractions of the Old City); Khaan El Umdan or the chapel tower of the late 18th century, which offers a beautiful view of the Akko harbor.

During Arab and Christian rule, the knightly orders of the Hospitallers, Knights Templar, and later the Teutonic Order, built their quarters in Acre.

Israel's Ministry of Tourism is investing millions of dollars in the restoration of the old quarters of Akko. Over the years, a program has been implemented to transform Akko into an international center for historical tourism.

So, forward along the streets of this unique city the best way to see Akko is definitely with a private tour guide!

TUNNELS AND SECRETS PLACES OF AKKO

Ah, the famous knights' halls of the crusaders! Vaulted walls, many meters thick, twilight, and the smell of antiquity. The gothic style of architecture is quite possibly formed here as a style. The throne room of Richard the Lionheart, underground passages over water channels. When you get here, time seems to flow according to some other laws of another physics. If you are also lucky enough to get to the theatrical performance "Akko in the Mirror of Times", then consider yourself a crusader. Another attraction of Akko is the colorful oriental bazaar. Fragrant spices, live fish, colorful fruits, and vegetables. The deafening voices of merchants and the smell of algae in the labyrinths of the market streets reinforce the feeling of this exoticism. The tastiest and cheapest hummus is also on this market. Who has not tried "Hummus Shel Said", he has not been to Akko! In the evenings, the lights of the Shukran evening spice market are lit. Under the starry dome of the sky, a play unfolds, where passers-by and merchants each play their main role.

The theater in Akko is especially respected and popular during the Jewish holidays. Every street, squares, underground knights' halls, and even city ditches, and walls turn into a stage. His Majesty the Alternative Theater has been reigning here for 25 years. Both professionals and amateur artists present their art to a wide range of spectators. The theater festival lasts a whole week. The old city saw something different. Here you can easily get from Venice to Genoa or Pisa by walking through the squares. And then, moving to the new part of the city, wander through the grove named after Napoleon. Marco Polo himself was received as a guest of honor in the halls of the Crusaders.

Of the 53 thousand inhabitants of the city, 10 thousand speak Russian. Approximately the same number of people successfully get by with Arabic. There are Muslims, Christians, and Druze here. Even Baha'is are well represented in Akko. Mirza Hussein Ali (Baha Allah), the founder of the religion, languished here in a prison house on the seashore. His house stands out with its unusually white walls and sky-blue shutters. On the outskirts of the city, there is also a house in which Baha Allah lived after his liberation. Now a huge Bahai Park is laid out around it, striking with its unearthly beauty and well-groomed.

In Akko, past and present are so closely intertwined that it is sometimes difficult to separate legends from real events. Shadows of the distant past peacefully coexist with brand new Mercedes in tight alleys, and the echoing steps of the great conquerors accompany the delegations of twin cities or the next election campaign of the servants of the people. Ancient walls proudly rise above all this vanity and are silently reflected in the seawater.

Taking this opportunity, it is worth visiting the ancient cathedral located under the city's central mosque and turned into a reservoir at the beginning of the 19th century by the then ruler of the city, Ahmad el-Jazar. Well, the journey through medieval Akko should be completed in the harbor near the lighthouse near a small sandbank surrounded by powerful defensive structures from the times of Turkish rule. Moreover, you can get here both along the narrow streets of the old city and along with the so-called "Templar Tunnel". And if you choose the last path, you will find yourself in a huge mine, laid by the knights-templars underground. Once it connected the city port with the Templar fortress and was a strategically important structure that ensured the safety of the "Knights of the Temple" and their guests, which made it possible in a matter of minutes to be protected by the powerful walls of the fortress. The lower part of this underground passage is carved into the rock, the upper one is built of hewn stones.

The total length of the tunnel is 350 meters. Currently, only part of it is open to the passage, but it is also enough to once again be impressed by the work of ancient masters. So, after passing through the tunnel, you find yourself in the western part of old Akko near the modern lighthouse, where several souvenir shops and taverns are located on a small square, and on the right, on the seashore, you can see the ruins of fortifications of the early 19th century. And nothing says that it was here that the huge castle of the Templars was located, which became the last stronghold of the crusaders in their capital.
In recent years, many documentaries have been filmed in Akko, small hotels have been restored, the city market has been repaired and, most importantly, the restoration of the port walls has begun, the destruction of which threatened the city with the most unpleasant consequences.

The main attractions of Acre are known to everyone: the knight's halls, where today you can arrange a luxurious banquet, medieval toilets (there was no underground sewage system similar to the hospitallers in Acre in Europe for several centuries), the Templar tunnel described above and other beauties. It is also worth mentioning the special methods of restoration - everything is entirely by hand, the stones are kneaded in sand and egg yolk in an ordinary bucket - according to a technology that existed 900 years ago. If you lag behind the zealous excursion for a minute and remain in silence to put your ear to the black walls, then with a little imagination you can hear the rumble of centuries, the clatter of hooves, and other street noises, easily imagined after walking along with the bastions and fortresses of Akko.

As a rule, private tour guides of old Akko begin their excursion with a video film in the newly rebuilt, antique-styled center with powerful air conditioning. The Visitor Center has a map showing walking routes.

The administration of the Visitor Center pays special attention to the fact that most of the routes in the old town are equipped in such a way that they are accessible to wheelchair users, thanks to special ramps and wide paths. In the fall, a theater festival is held in Akko, and the ancient walls become wonderful scenery for performances dedicated to the throes of creativity, self-determination, mutual struggle, and hatred.

Tourists, of course, will be shown the old synagogue, which is entered through the interweaving of market labyrinths. The synagogue arose and still exists today since the 11th century. Here you will be told in detail the history of this place and the history of the Jews of Akko.

Another important attraction of Akko is the museum of Avshalom Okashi, a Yemenite Jew by birth who grew up in the family of his grandfather - a rabbi and a jeweler. Okashi grazed herds in one of the kibbutzim on the Kinneret, from where he was expelled in 1947 for selling a couple of sheep and using the proceeds to buy paints and brushes. Then Okashi moved to Akko, where he lived until his death in 1980, tirelessly and skillfully depicting the seascapes and walls of Akko.

A relatively new attraction is located 100 meters from the Okashi Museum - a museum-bath, built on the site of the city's Turkish bath, which operated 30 years ago. The museum bears the name of the last bath attendant, El Bashr, and is made following the latest trends in design fashion - with real smoke and steam, plaster washcloths, and soap painted with silver paint, with videos and music to match everything that should be in a Turkish bath ...
In the fall, a theater festival is held in Akko, and the ancient walls become wonderful scenery for performances dedicated to the throes of creativity, self-determination, mutual struggle, and hatred.

The Western Galilee Hotel Association offers tourists not only the opportunity to spend the night in cozy rooms but also discounts on excursions and free tickets to events of the new entertainment program in Akko: various musical and theatrical performances that will be held on Thursday and Friday evenings in the "Magic Garden" - "Gan ha-Qasim" in the fortress of the Crusaders.

Are you ready to explore Akko? book your private tour guide to Akko and get the maximum information about this amazing city!