Valley of Tears - The Battle over the Golan Heights

VALLEY OF TEARS - THE BATTLE OVER THE GOLAN HEIGHTS

The valley of tears raised smoke. Thousands of 155 mm shells are being dropped and hundreds of Katyusha shells are burning 7 Syrian tanks and delaying for minutes of recovery the progress of the Syrian offensive. Then the tanks of Kahalani could rise and continue the hunt.

BACKGROUND FOR ACTION IN THE VALLEY OF TEARS 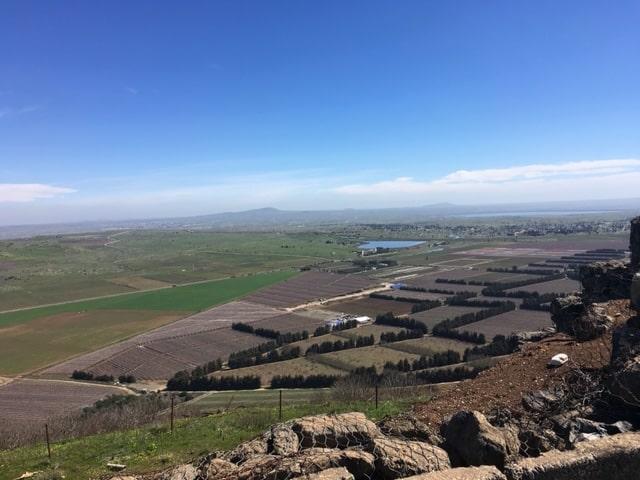 On October 6, 1973, on Saturday afternoon, Yom Kippur, the Yom Kippur War began. This war, which began with the attack of the Syrians and Egyptians on both fronts and at the same time, came almost with complete surprise to the Israeli side. On the 5 of October, a Supreme alert was announced in the IDF in light of the reinforcements of Syrian troops.

No permission was received for reserve recruitment until Saturday morning. Israeli intelligence was misled and failed to assess the readiness and capacity of Arab countries. Arab fraud was successful. Israel was in a low starting position-with a quantitative disadvantage, did not raise the Reserve System, and did not increase its overall size. In the early days of the war, the IDF was engaged in curbing Syrian and Egyptian armies. On the Syrian front, the Syrians began advancing within the Golan Heights and occupying strategic positions. In the first place, heavy pressure was exerted on the east of the valley of tears("Emek Habacha"), which is located south of the "Hermonit" and north of Konytra and is an extremely important strategic area through which it is possible to invade most of the Golan Heights. The Syrians intended to break through the sector and connect with the forces that operated in the depth of the southern sector, and even received quite a few successes there.

This is the story of the late Captain Avraham Shnir, commander of a self-propelled artillery battery that was annexed in the war to an armored battalion of Division 7 under the command of lieutenant colonel Kahalani and served as an artillery liaison officer. The observation officer is usually annexed to the tank and serves as a crew member. The problem is that to accurately range guns at that time had to take out a compass and measure azimuth for the purpose. This can not be done out of the tank because of the steel deflecting the compass needle. That is why the observation officer must descend from a tank, measure an accurate azimuth, go back and get on the tank and continue his mission. Getting off a tank during an artillery bombardment or when planes dive towards you, to measure azimuth for a target requires extraordinary courage bordering on insanity. This was done by many artillery officers in the war, this was done by the late Avraham Shnir.

THE BATTLE IN THE VALLEY OF TEARS 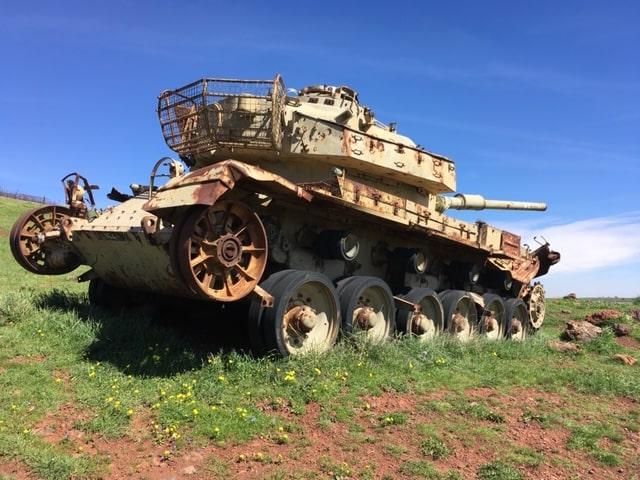 On Tuesday, October 9, the decisive containment battle took place in the valley of tears, which sealed the fate of the battle in the Golan Heights. The Syrians concentrated forces to score our line of troops in the sector of the Hermonit Ridge north of Konytra. Under the auspices of fierce artillery fire, the Syrians stormed the masses of tanks and armored personnel carriers and managed to shorten the ranges and even reach a contact Battle of armor with armor at distances of a few hundred meters between the two sides.
They went up through the valley of Tears, while the artillery fire was gravitating to the field's vision and detection by the Defense Forces of the IDF. The Israeli small force that was in the sector was left without ammunition and asked for a withdrawal permit. The danger was that a Syrian force would score through the containment line of our troops. It was clear that if the enemy arrives and bursts this line, the entire combat formation of the brigade collapses. When Janush intended, the 7 UAV, to retreat, came the reinforcements force.

So, all the forces in the sector became under the command of the armored battalion commander, Avigdor Kahalani. Above the valley of tears, there were ramps from which it was possible to see the whole valley and therefore to control the whole region strategically.
There was a situation on both sides of the ramps, at a distance of about 300 m, with Syrian forces on one side, and Israeli forces on the other. Starting a race towards the ramps as it was clear that the controls would win the battle. Lieutenant Abraham Shnir, did not believe his eyes. He stood on a hill overlooking the valley of the weeping, while only 15 tanks left for ejection from the battalion of Kahalani, the last 15 tanks.

The only dam to the Great Flood that was destined to rise from the level and wash the sick Valley. The Syrian tanks moved on three avenues and were going to go up the hill. On a hill opposite stood only an aid officer, in his hand a microphone, it was all his weapon. He activated the artillery. 7 battalions began to shoot massive fire, it went down dense. 20 minutes of rapid artillery fire, maximum rate. The valley of the tears raised smoke. Thousands of 155 mm shells are being dropped and hundreds of Katyusha shells are burning 7 Syrian tanks and delaying for minutes of recovery the progress of the Syrian offensive. Then the Kahalany tanks could rise and continue the hunt. 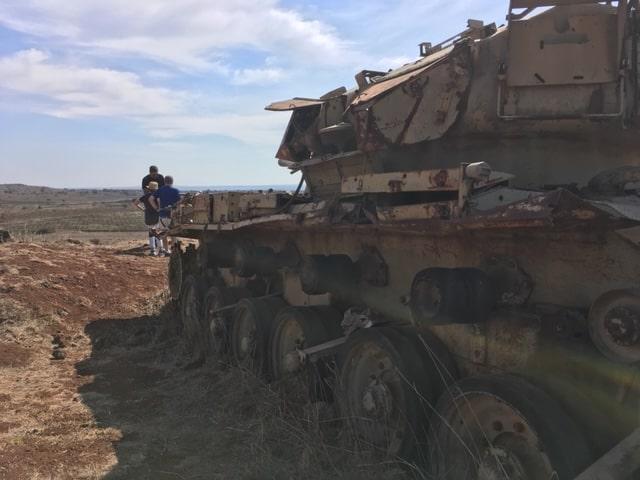 The hunt that later became known as the Battle of bayonets in the valley of tears, Battle of barrel vs. barrel. The power of the crowd progressed rapidly and resolutely until they clung to the ramps, just minutes before the Syrian tanks, and began to hit them from short ranges. Another reinforcer force that arrived at that time ascended the Boster Ridge south of the valley of the weeping and began to destroy Syrian tanks from there. The appearance of fresh power surprised the Syrians and helped to collapse the last Syrian attack. The destruction of the enemy in the valley of the weeping was total. Some 250 inanimate enemy tanks were destroyed during this.

In October 2020 Kaan 11, the Israeli tv channel released an amazing tv series about the battle in the valley of tears called, "Shaat Neila" or Yom Kippur war, and the tv series was sold to HBO.

The Battle of the valley of tears has long entered the history of IDF combat. This battle is among the significant battles that ultimately decided the fate of the war at the third level. In this case, the artillery gave not only a shoulder but also was the decisive factor, in the destruction of the Syrian armored columns that stubbornly flowed and overflowed the valley of the weeping. After the Battle of the valley of tears, lieutenant Avraham Shnir continued to fight with the regiment of Kahlani. During all the fighting he was in the first tanks of the regiment and showed courage and resourcefulness, with great dedication tried to organize artillery batteries that would help the regiment and would jump out of the tank under heavy artillery fire to accurately measure azimuth for the purposes on the territory.