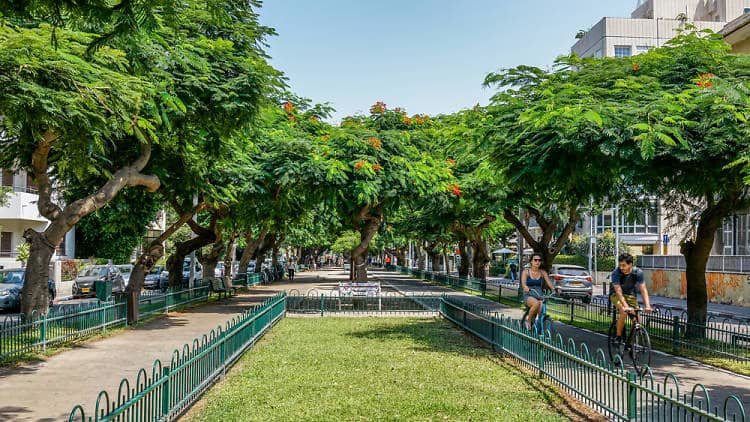 The Rothschild Boulevard is the central street of Tel Aviv named after Edmond James de Rothschild since April 4, 1909.

The streets were designed to be the central part of the new city with much beautiful building aside, most of the building today constructed in a Bauhaus or eclectic style and merged with new towers in between.starting from Neve Zedek neighbourhood and ending at the cultural centre of Tel Aviv "Habima".

Enjoy the local restaurants and bars during the evening on the most expensive street in Israel.